You will not be surprised to hear that 2020 has been a bad year for shopping malls. It is projected that 25,000 stores could close this year as a result of the pandemic. By the end of next year, it is likely that more than half of the department stores that anchor trade in malls in the U.S. will be gone. During a time when purchasing shoes in person risks inflicting an unwitting form of violence against yourself and others, the evacuation of capital from commercial buildings is underway.

It is tempting to mourn the death of malls with nostalgia. For those of us who grew up in the suburbs, malls were we where we came of age, where we first met Santa, went on dates, encountered wage labor and committed petty crimes. The website DeadMalls.com lovingly documents the ruins of former malls, with many visitors posting memories and photographs of places they had once shopped or worked. This nostalgia is particularly acute at a time when the sight of crowds of happy maskless strangers roaming through poorly ventilated concourses feels like it belongs to a lost golden age. The strange and troubled history of the U.S. shopping mall, however, is a reminder that even those who celebrate their passing should also be wary about what might replace them.

If anyone can be credited with inventing the shopping mall it is Victor Gruen, a Viennese socialist architect who fled Nazi-controlled Austria in 1938. Gruen settled in Los Angeles and quickly began to think of ways that his passion for top-down planning and beautiful public spaces could be grafted onto the expanding suburban landscape of southern California. In 1943, Gruen and his wife, Elsie Krummeck, co-authored an essay for the Architectural Forum in which they proposed a new type of space: A fully enclosed, landscaped and pedestrianized mall that would house stores, art-installations, concert halls and spaces for community gatherings. This new urban form, they hoped, would rein in the chaos and sprawl of suburbia, filling people’s lives with art and music, and giving order to an expanding free market of consumer goods. By the mid-1950s, Gruen’s vision had been realized in the Northland Center in suburban Detroit and the Southdale Center in Edina, Minn.—developments that propelled Gruen to nationwide fame and established the shopping mall as a familiar type of urban space to be replicated by developers.

Get your history fix in one place: sign up for the weekly TIME History newsletter

Within a few years, shopping malls, along with federally funded freeways, manicured office parks and affordable tract housing, became part of the infrastructure of American suburbia. As civil rights victories legally desegregated the commercial spaces of downtowns, shopping malls in mostly white neighborhoods quietly oversaw the de facto re-segregation of retail space. At the same time, malls helped codify the patriarchal geography of US suburbia. Gruen imagined that malls would be alternative cities just for women and children—spaces where these groups could enjoy the richness of urban life while their husbands were working downtown. They were also spaces where women didn’t just shop but also worked, usually in low-waged, un-unionized retail jobs.

From the 1970s, shopping malls spread across the face of the earth like mushrooms after a rainstorm. By the second decade of the 21st century, there were more than 500 shopping malls in Brazil, 600 in India and 4,000 in China. There is a case to be made that shopping malls have resulted in one of the biggest global standardizations of urban space that has ever occurred. Hundreds of thousands of acres of urban land on every inhabited continent of the world are enclosed, heated and lit to international standards with profound detrimental consequences for the preservation of public space and the mitigation of climate change.

Gruen helped create a world from which there was no escape. In 1968, depressed by the fact that his creations had exacerbated rather than cured the alienation and inequality of American suburban life, Gruen moved back to Europe. There, with, almost dizzying irony, he discovered that his childhood second home had been demolished to make way for a shopping mall.

Even so, the temptation to mourn shopping malls becomes acute as soon as you consider what is replacing them. As COVID-19 tears through the social fabric of the U.S., shopping is becoming increasingly uncoupled from urban space. Since the beginning of the year, Amazon has hired over a hundred thousand new workers to distribute goods through warehouses and postage networks, adding somewhere between $73 and 113 billion to Jeff Bezos’ fortune. More than half a million Instacart shoppers have been mobilized to act as human barriers between wealthy suburbanites and deadly disease. Inequalities of wealth and race are intensifying. In the rapidly changing coronavirus economy, service workers are relegated from shopping malls and box stores to windowless distribution centers while wealthy consumers remain in their homes. Meanwhile, people are moving back to the suburbs.

While it’s still early, it seems likely that the post-COVID-19 city will be an intensification of the isolated, racially segregated, carbon intensive built environment that emerged in the suburbs of post-war American cities. Shopping malls might be dying, but, perhaps more than ever, we still live in the world that they helped make. 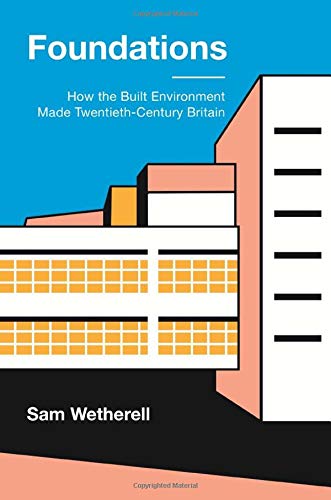 Sam Wetherell is the author of Foundations: How the Built Environment Made Twentieth-Century Britain, available now from Princeton University Press.

Get our History Newsletter. Put today’s news in context and see highlights from the archives.