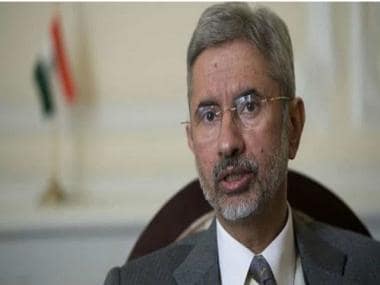 “Pakistan (that you skipped) surely notes the difference between Balakot and Uri on the one hand, and Sharm-el-Sheikh, Havana and 26/11 on the other. Ask yourself,” Jaishankar said, attacking Rahul over his comments.

Jaishankar’s no-holds-barred attack on Rahul came after the former Congress chief, in a video message posted on Twitter, hit out at the government saying that over the last six years, India has been “disturbed and disrupted” with regard to its foreign policy and economy.

.@RahulGandhi hs questions on Foreign Policy. Here are some answers:

Rahul shared his thoughts on why did China chose to be aggressive now and alleged that Prime Minister Narendra Modi’s “indiscretions” have weakened the country and left it vulnerable.

“Rahul Gandhi has questions on Foreign Policy. Here are some answers: Our major partnerships are stronger and international standing higher. Witness regular summits and informal meetings with US, Russia, Europe and Japan. India engages China on more equal terms politically. Ask the analysts,” Jaishankar said in a series of tweets in which he made a point-by-point rebuttal of Rahul’s criticism and tagged his video.

“And some facts on our neighbourhood: The Hambantota Port agreement between Sri Lanka and China was concluded in 2008. Ask those who dealt with it…Difficult ties with Maldives, after India watched President Nasheed being toppled in 2012, now stand transformed. Ask our business,” he said.

On Bangladesh, Jaishankar said a settled land boundary in 2015 which opens path to more development and transit.

“Terrorists no longer find safe haven there. Ask our security,” he said.

Bhutan finds a stronger security and development partner and unlike in 2013, they don’t worry about their cooking gas, he asserted, referring to the row over cooking gas with that country under the UPA rule.

Ask the households in Bhutan, he added.

On India’s foreign policy, Rahul had said the country had relationships with multiple countries and it used to share a strategic partnership with the US.

India also had a relationship with Russia and Europe and they used to help it manoeuvre in the world, he said.

He claimed that in the neighbourhood all countries, other than Pakistan, had been working with India and partnered with it in the past.

Rahul also alleged that today the Nepalese are angry, Sri Lankans have given a port to the Chinese, Maldives is disturbed and so is Bhutan.