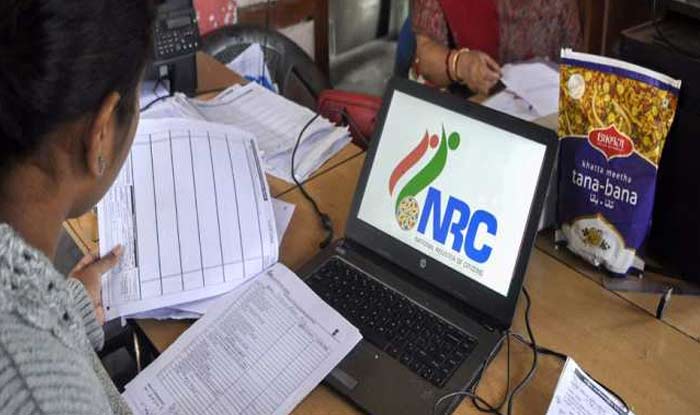 Assam National Register of Citizens coordinator Hitesh Dev Sarma has issued a directive to delete names of “ineligible persons” from the final NRC document. Sarma had reportedly written to all the Deputy Commissioners and District Registrar of Citizen Registration (DRCR) on Tuesday, directing them to issue speaking orders for the deletion of such names. Also Read – Assam BJP Leader Demands Beef Ban For Zoo Animals, Protests Outside Guwahati Zoo

Sarma said, “…as per the reports received from your end through Webform, some names of ineligible persons belonging to the categories of DF (declared foreigners)/DV (”D” voters)/PFT (pending in Foreigners Tribunals) along with their descendants have found entry to the NRC.” Also Read – Bangladesh Cabinet Approves Death Penalty For Rape Cases After Protests

He directed the district officials to issue orders for deletion of such names from the NRC as per Clause 4(6) of the Schedule under the Citizenship (Registration of Citizens and Issue of National Identity Cards) Rules, 2003 after “specifically ascertaining the identity of the person”. Also Read – Parijoon Immy Makes You Fall in Love With Assam With Her Latest Outing ‘Hori Hey’

While explaining the rule and some other relevant clauses, Sarma has also pointed out that the authorities concerned can verify and include or exclude any name at any time before the publication of the final NRC.

The National Register of Citizens, an exercise to update the citizens’ database was made public on August 31 last year in Assam but it is yet to be notified by the Registrar General of India, leaving the historic and controversial document without any official validity.

In his letter to the districts, Sarma said, “You are, therefore, requested to submit the list of such persons who are not eligible for having their names in the NRC along with speaking order justifying reasons for each case for necessary action for deletion of such names.”

A software application for submission of the reviewed results of such persons along with a mechanism for uploading of the scanned freshly written speaking orders will be rolled out shortly, he added.

“The verification would mandatorily require the correct identity of the person so that no ambiguity arises in the future as far as the identification of the person is concerned,” the letter said.

Even though the letter did not mention the exact figure of how many people will be excluded, persons in the know of the development said that nearly 10,000 people have been identified whose names were “wrongly included” in the final NRC and will now be excluded.

According to the PTI, a source said, “This is a mix of all communities. The figure looks a bit big because it includes the descendants of the persons from the three categories mentioned in the letter.”

The final NRC that was released last year excluded the names of 19,06,657 persons while a total of 3,11,21,004 names were included out of 3,30,27,661 applicants. However, the final NRC faced a lot of criticism alleging that it excluded indigenous people and included illegal immigrants.

(With Inputs from PTI)