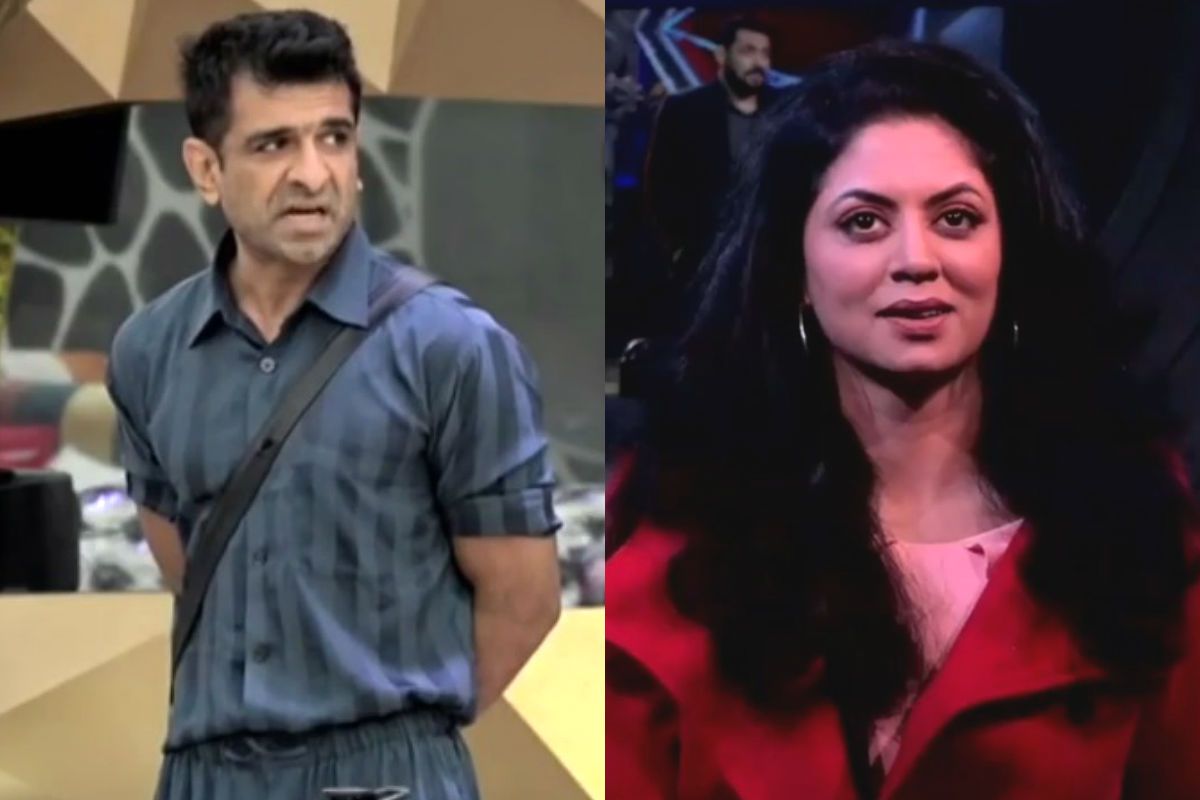 Actor Kavita Kaushik found her way back into the audience’s hearts with her re-entry in Bigg Boss 14 last night. The actor had entered as one of the wild card contestants this season but was evicted within a week of her stay inside the house. Now, before stepping in the house again, Kavita talked to ETimes about all that happened during her journey and her fight with fellow contestant Eijaz Khan whom she refused to identify as her ‘friend’ in the show. Kavita said that she’s unfazed with all the drama that happened while she was in the show because she knows what she stood up for and the opinions of trolls don’t matter to her. Also Read – Bigg Boss 14 November 7 Weekend Ka Vaar Episode Highlights: Kavita Kaushik is Back In The House, Eijaz Khan Welcomes Her

The actor made some strong statements before entering Bigg Boss 14 again. Here’s what she had to say: Also Read – Bigg Boss 14 Latest Eviction: Naina Singh Gets Eliminated as Kavita Kaushik Enters Again, Read on

On celebrities and ex-Bigg Boss contestants trolling her: Also Read – Bigg Boss 14: Shardul Pandit Opens up on Struggles And Financial Crisis, Says ‘I Had no Money to Buy my Medicines’

Kavita said that she knows the real side of these celebrities who just want attention and slamming her on social media is just their attempt to get two-minutes of fame. The actor, who rose to fame after playing the role of Chandramukhi Chautala in the SabTV series F.I.R. said, “These are the same people who click 20 photos and post it everywhere when they do charity. They are the same people who don’t even know the name of their building watchman, they don’t even have the time to reply when the watchmen greet them. Their only aim in life is to wear designer clothes, wear makeup and look like a doll. They are only bothered about that. They are all fake from head to toe and everything is fake about them.”

Kavita maintained that she only knows Eijaz as a fellow colleague and a senior actor in the industry and doesn’t consider him her friend. The actor said that one takes time to create a bond with someone and it’s only after they have spent some time together that they start building a friendship. The actor said that Pavitra Punia considered Eijaz close to her and he didn’t respect that friendship. “I always feel truth never fails and it happened in my case also. Eijaz Khan’s real face has been exposed. How he is playing the victim card, using people and the girl who was so attached to him Pavitra ran behind him to beat him up. So, all the people who were acting smart and were trying to take the two minutes of fame by using my name, now know Eijaz’s real face,” she explained.

On emerging as the ‘winner’

Kavita Kaushik said that those who are mocking her or insulting her for her mere fight in Bigg Boss 14 hold no importance in her life. She added that she has been working hard to establish herself in the industry and nothing that people say or do is going to affect her or demotivate her. Kavita was quoted as saying, “The people who don’t love me are not running my house, or they have even helped me in the last 20 years of my career. It is not that because they respected me I was able to pay my bills, I did everything because of my hard work and will continue doing it in the future also. If you are right nobody will be able to malign your image. You can blame, put allegations but that person will ultimately come out as a winner and this is what is my strength. These small incidents can never run me down. I don’t get scared of such incidents.”

What do you think of the criticism that Kavita was subjected to for playing her own game in Bigg Boss 14? Watch out this space for all the latest updates on Bigg Boss 14!