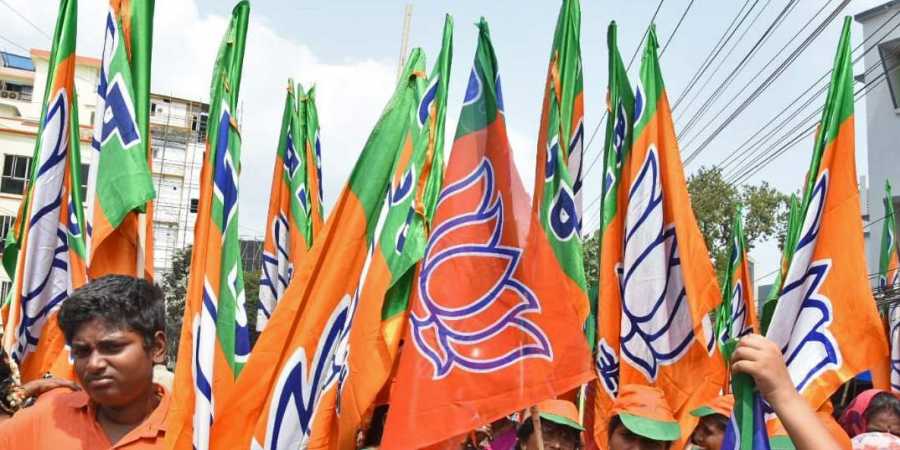 New Delhi: The Bharatiya Janata Party (BJP) on Monday expelled at least nine of its leaders ahead of the Bihar Assembly Elections for the next six years as they filed nomination against National Democratic Alliance candidates. The saffron party also asserted that LJP chief Chirag Paswan is no longer a part of the ruling alliance. Also Read – Bihar Assembly Election 2020: ‘Those Who Cannot Even Hold Meetings,’ Nitish Kumar Retorts at RJD’s 10 Lakh Jobs Remark

According to the BJP, these members indulged in “anti-party activities” by contesting against NDA candidates “which maligns NDA as well as the party’s image”. Also Read – Kushboo Sundar Joins BJP Hours After Quitting Congress, Likely to Get a Seat in Tamil Nadu Assembly Polls

Earlier today, Bihar Deputy Chief Minister Sushil Modi warned rebel BJP leaders to “come back to the fold or be expelled”, asserting that the party firmly believed in Nitish Kumar becoming the Chief Minister for a sixth term.

Notably, JD(U)’s Kumar was saddened by the BJP’s inaction over the exit of Chirag Paswan from the ruling alliance in Bihar. Paswan had announced that his party would be contesting against the JD(U) in the upcoming polls but was still a “strong” partner of the saffron party.

The JDU-BJP alliance has struck an equal seat-sharing partnership on a 122-121 formula for Bihar polls. The first phase of polling on 71 Assembly constituencies is to be held on October 28, followed by elections for second phase on 94 seats on November 3, while the third phase poll on 78 Assembly seats will be on November 7.

The counting of votes will take place on November 10.