(LOUISVILLE, Ky.) — A memorial for Breonna Taylor will be moved from a downtown park into a nearby museum in Louisville, Kentucky.

The outdoor memorial honoring Taylor with a mural, posters, artwork and other mementos is currently at Jefferson Square Park, the base for months of protests. The material needs a protected space with winter coming, said Shameka Parrish-Wright, co-chair of the Kentucky Alliance Against Racist and Political Repression. She said the Roots 101 African American Museum is an appropriate place.

Museum founder Lamont Collins said the memorial space will be upstairs in a room overlooking the Ohio River, honoring victims of police brutality and people who died protesting.

“When we buried our ancestors, those who went before us — traditionally, we always buried them near water,” Collins said Sunday. “We have a riverview area here at the museum. So my suggestion is, let’s give her and other people that have died at the protests a room to always honor what they did before us.”

One side of the room will hold a casket marked with the names of police brutality victims and those who have died from hate crimes. It was carried by a group of students during a march in June. On the other side will be mementos of Taylor, Collins said. 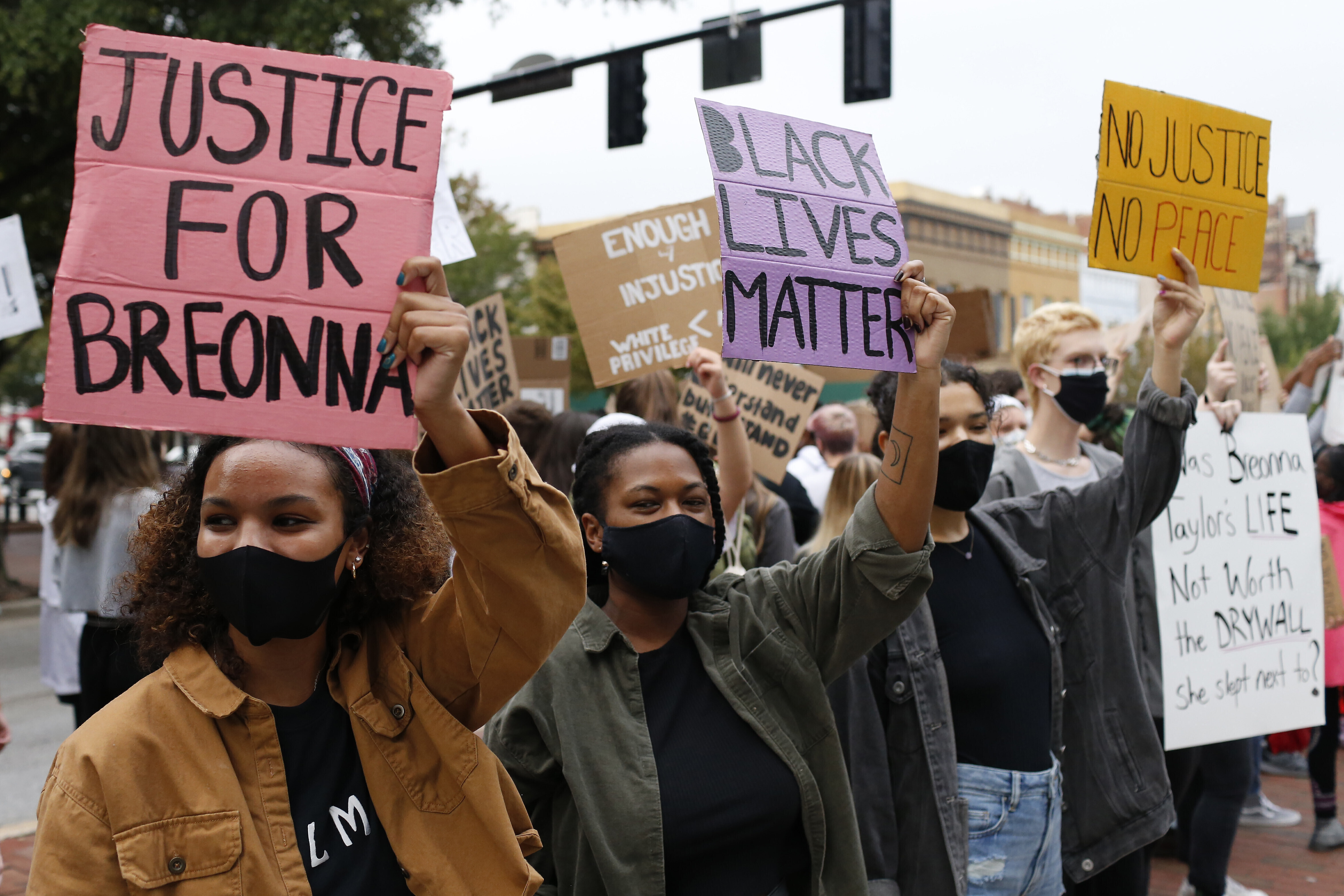 In this Sept. 25, 2020, file photo, University of Georgia students lead a Black Lives Matter protest in downtown in memory of Breonna Taylor in Athens, Ga.

The timing of the move remains to be determined.

“I think it’s going to be amazing,” Parrish-Wright said. “It brings tears to my eyes to think about us being able to take this there and rebuild it and let that be a permanent home. Folks had suggested a storage unit, but we know what happens, and we won’t let Breonna be buried again.”

Twenty-six-year-old Taylor was a Black emergency medical worker who was shot five times by white Louisville police officer on March 13. Her death, along with the police killing of George Floyd, sparked months-long police brutality protests.