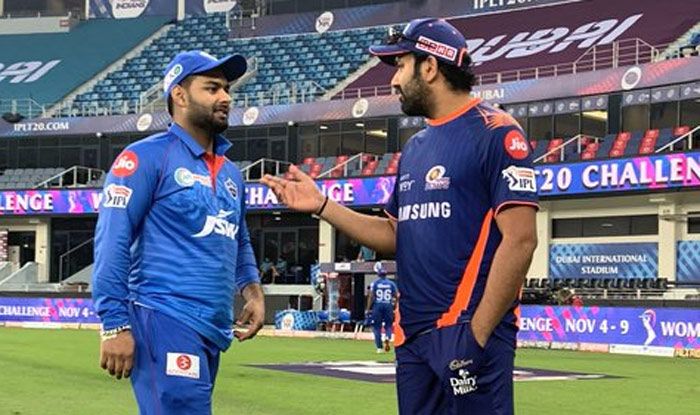 The picture seems to have been taken after MI’s crushing win over Delhi Capitals that confirmed that the defending champion will finish at the top of the points table. Also Read – IPL 2020: Twitter Explodes as CSK Captain MS Dhoni Announces He is Not Retiring

However, Yuvraj, tagging Rohit’s wife Ritika, wrote, “Or competition of fat percentage on there cheeks Winking face with tongue @ritssajdeh”

He didn’t stop at that. He wrote another comment, ” It’s like ro (Rohit) is saying to pant tere gaal jyada Motey hain ya mere ?”

Or competition of fat percentage on there cheeks 😜 @ritssajdeh

Both the comments have gone viral on the micro-blogging website.

It’s to be noted that Rohit has missed past few games for MI and there are unconfirmed reports that he may end up missing the remainder of their campaign. Currently, he is nursing a hamstring injury which also ruled him out of the Australia tour as well.

On the other hand, as per a report in news agency PTI, Pant, who has made the cut for the Test team, has been left out of the limited-overs squad as a final warning to get his fitness and weight issues in order.

“In any case, all three teams will be there, Pant, if need be, can be added to the squad,” PTI had quoted an unnamed source as saying.

Meanwhile, India head coach Ravi Shastri has said Rohit’s medical reports state he is in danger of getting himself injured again and therefore been advised to not rush into competitive comeback.

“It’s being handled by the people in charge of the medical part of it. We don’t get involved in that. They have submitted a report to the selectors and they have gone about their business, I have no say, neither I am a part of the selection. All I know is the medical report which says he could be in danger of injuring himself again,” Shastri told Times Now.