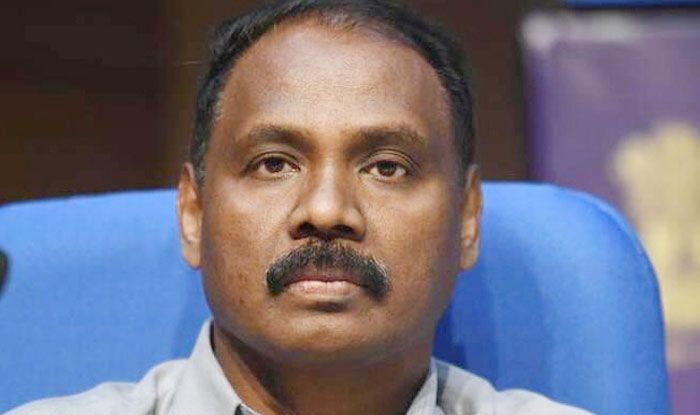 New Delhi: A day after tendering his resignation as the Jammu and Kashmir Lieutenant Governor, Girish Chandra Murmu was appointed as the new Comptroller and Auditor General (CAG) of India in a late-night development on Thursday. Also Read – Seasoned Politician With Clean Reputation: Meet Manoj Sinha, The New J&K Lieutenant Governor

A former IAS officer, Murmu was the forerunner of the CAG chair which was set to be vacant with incumbent Rajiv Mehrishi’s retirement as he turns 65 on August 8. Also Read – ‘Abrogation of Article 370 India’s Internal Matter, Other Nations Have no Business,’ Says Venkaiah Naidu

Notably, Murmu was elected as the first L-G of Jammu and Kashmir on October 31, 2019, after its bifurcation from Ladakh last year under the Jammu and Kashmir Reorganisation Act. Also Read – Again a Politician at the Helm of J&K, New L-G Manoj Sinha to Reach Srinagar Today, Says ‘Big Responsibility’

Earlier today, his position in Srinagar was replaced by former Union Minister and seasoned BJP leader Manoj Sinha who expressed confidence that his appointment will usher in development in the newly formed union territory.

Murmu’s resignation came on a sensitive day as Jammu and Kashmir marked the first anniversary of the abrogation of Article 370 and 35A of the Indian Constitution. As the first L-G, Murmu also faced severe controversy over J&K elections, as well as for his resistance to restore 4G internet services in the Valley.

Previously, Murmu has worked in the office of Narendra Modi when he was the Gujarat Chief Minister. However, after taking the central chair, PM Modi had transferred Murmu to join the Union Finance Ministry.