Delhi Capitals and Royal Challengers Bangalore are both expected to go all out against each other on Monday to arrest their rapid slide in the Indian Premier League and, more importantly, secure a top-two finish in the IPL 2020 points table. Delhi and Bangalore go into the virtual quarterfinal, having lost four and three games on the trot respectively, showing that things can change rather quickly in the highly-competitive IPL. At stake is a top-two finish which provides a couple of attempts to make it to the final. The loser of Monday’s game could still end up making the play-offs but it will be then at the mercy of other teams. DC, who were bossing most teams in the first half of the tournament, has had a dramatic fall from grace with their last win coming two weeks ago. Their batsmen have come a cropper since then and the bowling doesn’t look as potent as it was in the first half. Problems started with DC unable to find a stable combination at the openers’ slot. Both Prithvi Shaw and Ajikya Rahane have been paired up with Shikhar Dhawan but either of them has not provided the much-needed consistency. In fact, Dhawan, who was flying high with back-to-back hundreds, has managed 0, 0, 6 in the last three games. After a nine-wicket hammering against Mumbai Indians on Saturday, skipper Shreyas Iyer spoke on the need for a fearless approach. Also Read – IPL 2020: Michael Vaughan on MS Dhoni Retirement, ‘If IPL Happens in UAE in 2021, CSK Skipper Will Have to Play in 2022’

RCB too are smarting from a string of losses, most recently against Sunrisers Hyderabad on Saturday. The three losses on the trot has reignited the debate on the team’s dependency on its star players — Virat Kohli and AB de Villiers. Both Kohli and De Villiers didn’t fire in the last two games, resulting in heavy defeats. Josh Phillipe has shown promise at the top of the order after replacing Aaron Finch but needs to convert starts into substantial outings. Also Read – IPL 2020 Points Table Today Latest Update After KKR vs RR, Match 54: Kolkata Knight Riders Knock Rajasthan Royals Out With Big Win, CSK Eliminate Punjab; Shubman Gill Enters Top-5 in Orange Cap Tally 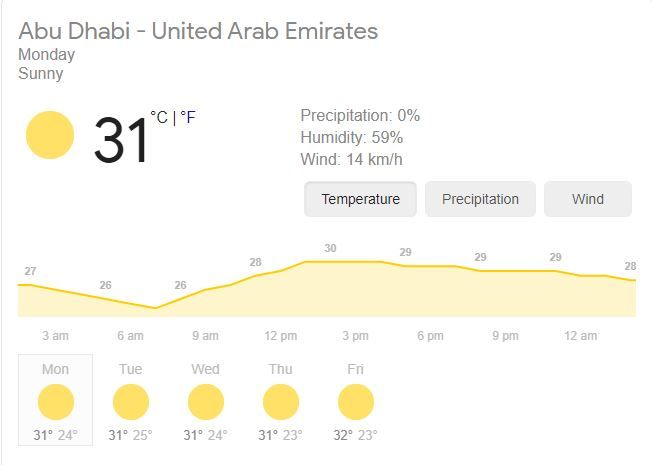 Sheikh Zayed Stadium, Abu Dhabi pitch has slowed down considerably, with the new-ball bowlers ruling the roost of late. When the tournament started, the Abu Dhabi strip offered plenty of runs and support for the batsmen who enjoyed batting on this wicket but it is not the same anymore. As the weather gets cooler in the UAE, dew is proving to be a major factor in the game. Considering the prevailing conditions, teams are opting to field with dew making batting much easier in the second half of the game. With the likes of Kohli, De Villiers, Dhawan, Pant, and Stoinis in action – we can expect a run-fest on Monday. Both teams will look to chase upon winning the toss, with 170 being a competitive total at this venue.