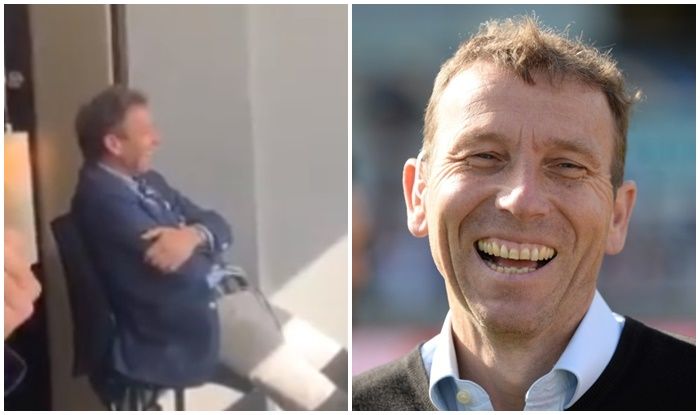 Former English cricketer Michael Atherton found himself on the wrong foot when he fell prey to a prank during the first Test between England and West Indies at Southampton while he was commentating. Also Read – HIGHLIGHTS ENG vs WI 1st Test: Joseph, Gabriel Put West Indies on Top vs England at Stumps on Day 4

On July 11, which was Day 4 of the first Test – was also the day that marked the start of domestic cricket in the country. Things turned hilarious when he was tricked into reading a rude made-up name while he was commentating for Sky Sports. Also Read – ENG vs WI 1st Test: Stuart Broad ‘Frustrated, Angry, Gutted’ After Being Dropped From England Playing XI

It happened when his attention caught a tweet that read that one of the bowlers had turned up with stupendous figures. The tweet read, “Unbelievable scenes for Cockermouth Cricket Club, with Hugh Jardon bowling 6 for 9!” Also Read – HIGHLIGHTS 1st Test, Day 3, Southampton: England Trail West Indies by 99 Runs at Stumps

After reading it aloud on-air, he realised it was fake and was a mistake made by him. Realising the mistake, he was left red-faced and left the commentary box. Former England stars Rob Key and Ian Ward, who both were in the commentary box along with Atherton, couldn’t hold back their laughter.

“Michael Atherton on the Sky cricket commentary being duped into saying ‘6 for 9 by Hugh Jardon at Cockermouth’ is top class,” one user wrote.

“An all-time classic on Sky Cricket. Not the game, but Michael Atherton falling for the world’s oldest joke,” another tweet read.

Meanwhile, heading into the final day, the hosts have made a great comeback and have a 170-run-lead with two wickets in hand.