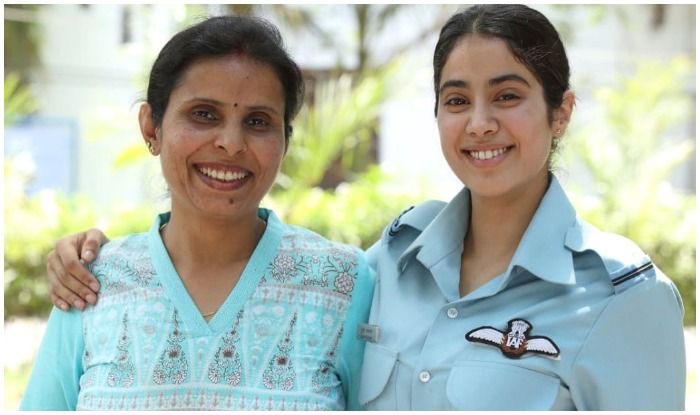 The Indian Air Force has written a letter to Dharma Productions, Netflix and the Central Board of Film Certification (CBFC), raising objections over the inaccurate presentation of gender bias in the movie ‘Gunjan Saxena: The Kargil Girl’ which it said portrays the IAF in a bad light. Also Read – Gunjan Saxena The Kargil Girl Full HD Available For Free Download Online on Tamilrockers and Other Torrent Sites

The movie was released on Wednesday on the over-the-top (OTT) platform. The story of the movie is based on the first Indian Air Force woman pilot who was part of the 1999 Kargil conflict. The force said that certain scenes and dialogues in the movie and trailer portray the IAF in a “negative light”. Also Read – Gunjan Saxena The Kargil Girl Releases on Netflix: Here is All You Need to Know About Real Gunjan Saxena

In the letter, the force stated that Dharma Productions had agreed to represent the IAF with authenticity and make all efforts to ensure the film helps to inspire the next generation of officers. Also Read – Gunjan Saxena The Kargil Girl Twitter Reactions: Netizens Calls Out Janhvi Kapoor For ‘Bad Acting Skills’, ‘Nepotism’, Hails Pankaj Tripathi’s Performance

The letter further stated: “In the aim to glorify the screen character of ex-Flt Lt Gunjan Saxena, M/s Dharma Productions presented some situations that are misleading and portray an inappropriate work culture, especially against women in the IAF.”

The force said that it has always ensured the organisation is gender-neutral and provided equal opportunities to male and female personnel.

IAF said that the production house was told about the objectionable portions of the movie and was advised to delete or modify them.

“However, the production house has not deleted the scenes but had proposed a media plan in the run up to the release and inserting a disclaimer in the movie,” the letter said.

However, they did not delete or modify it.

Last month the Ministry of Defence had written a letter to the Central Board of Film Certification (CBFC), Ministry of Electronics and Information Technology and Ministry of Information and Broadcasting to advise production houses to obtain a No-Objection Certificate from the MoD before the telecast of any film or documentary or web series with a military theme in the public domain.

The MoD’s move came after a few web series allegedly presented a distorted image of the armed forces.

The MoD had also received complaints raising strong objections over portrayal of Indian Army personnel and the military uniform in an insulting manner.