For most of this year, Honolulu’s Waiola Shave Ice had one window open for business, instead of the usual two. The shop’s neon-blue storefront, decorated with rainbows and anthropomorphic shave-ice statues, still stands out against the surrounding residential buildings, but since the COVID-19 pandemic began, there have barely been enough customers to sustain a single line. On a Monday in late October, as the shop’s 50-year-old owner Jerry Lee served up guava and cotton candy-flavored shave ice atop heaps of mochi and ice cream, the flow of customers was at a trickle.

For Lee, it’s easy to spot which of his customers are locals and which are tourists. “A local will know exactly what they want. They always get the same thing without looking at the menu. But tourists, they’ll look and get overwhelmed at first, asking questions,” says Lee, whose family has owned the business since the early 1980s. Before the pandemic, about half of the shop’s customers were tourists. After Hawaii Governor David Y. Ige in March instituted a mandatory two-week self-quarantine for all people arriving or returning to the state, thus preventing most tourism, Lee had to cut his staff in half and shrink his menu.

Now, Lee can be found serving customers himself most days, and says he’s noticed a small surge in business since the state of Hawaii opened back up to mainland U.S. tourists on Oct. 15. He hopes the trend continues. “Tourists coming back…it’s a great thing,” he says. “Every little bit helps.” 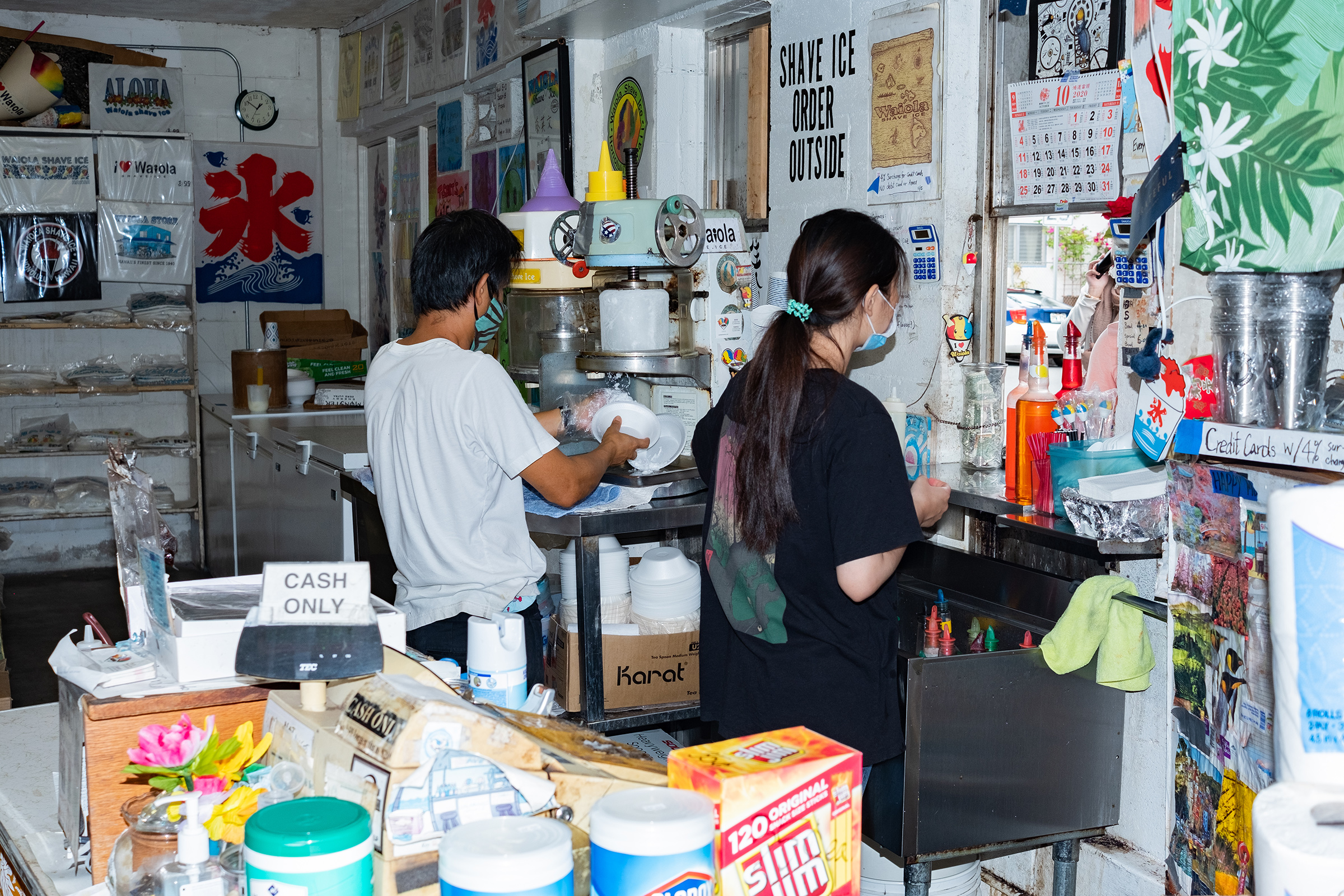 Inside Waiola Shave Ice, where employees receive orders though a window

Lee is far from alone in his eagerness to see tourists return to Hawaii. With the archipelago’s resident population at approximately 1.4 million and an average 249,021 daily visitors in 2019, losing tourists meant suddenly losing about 15% of the total number of people on the islands. Tourism, the single largest source of private capital for the state’s economy, brought in $17.75 billion last year, so it’s not surprising that Hawaii is among the U.S. states hit hardest by the pandemic. More than one out of six jobs were gone by August, and though other tourism-dependent states, like Nevada, have recovered the majority of leisure and hospitality jobs lost between February and April, Hawaii is still lagging. Last week, Kai Kahele won the House race for Hawaii’s 2nd congressional district, becoming the second Native Hawaiian to be elected to Congress. Getting through the coronavirus pandemic and its accompanying recession is a top priority for Kahele. “It is going to need federal support, sustained federal financial resources,” Kahele told the Associated Press.

But the return of tourists also exposes a long-simmering tension over the role of tourism in Hawaiian life—and adds an extra dose of concern: Both Wednesday and Thursday of last week saw record highs of new COVID-19 infections in the United States, and many are concerned that letting outside visitors onto the islands will be a step backwards for public health.

On Oct. 15, the state began its pre-arrival testing program, allowing U.S. visitors who showed proof of a negative COVID-19 test from up to three days before their departure to enter the islands without undergoing the two-week self-quarantine. On Nov. 4, the program expanded to include visitors from Japan, Hawaii’s other top tourism market. “The state does not expect an immediate flood of travelers,” the governor’s office said in a statement, and lieutenant governor Josh Green has announced that he expects 5,000 to 8,000 visitors arriving each day with the new program in place.

Concerned that visitors won’t follow social-distancing rules and might bring with them a rise in cases, many residents of the islands are hesitant about visitors, even with those restrictions. They know how quickly gains can be erased: The island of Lanai had zero recorded cases of COVID-19 throughout the pandemic until Oct. 20, when three employees at the Four Seasons Resort Lanai at Manele Bay and a healthcare worker tested positive. These four cases turned into a much larger outbreak, reaching a count of nearly 80 in just six days.

On a Tuesday afternoon at Ala Moana Beach Park, between downtown Honolulu and the tourist-centric Waikiki neighborhood, the divide between residents was clear. “We need the tourists,” said local Mel Monico, as he cast a fishing line. “They should be testing everybody, but we need them here.”

Mo Freitas, a lifeguard who was on duty, shared a similar sentiment. “It was a nice break for lifeguards when they weren’t here, but it’s a good thing that they’re returning, for our businesses and for many people on the island,” said Freitas. 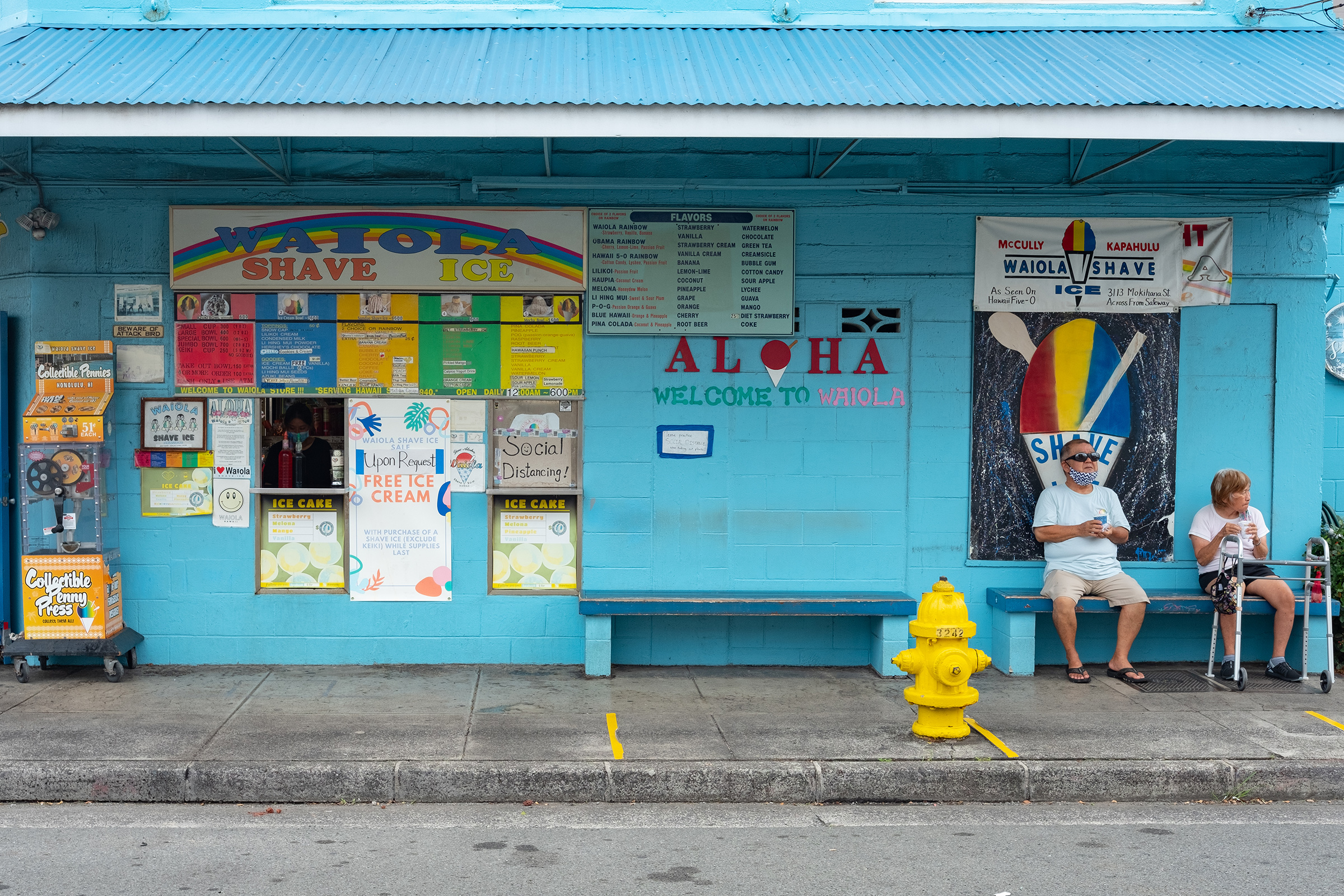 The exterior of Waiola Shave Ice

But just a few yards away from the sand, Rudy Perucho, putting his surfboard back in his car, expressed a very different view about the reopening. Perucho, who has worked at the Oahu Transit Services for over a decade, says he has deeper concerns about the return of tourists. “Some people come and they don’t respect the rules or have much regard for the land,” he says, “and they don’t recognize the fact that this land isn’t theirs to begin with.”

What Perucho describes is a feeling that isn’t unique to this moment in time; it’s a friction that has been present in Hawaii for centuries. Historians believe that Polynesians inhabited the Hawaiian islands as early as 400 C.E., more than 1,300 years before British explorer Captain James Cook became the first European to set foot there. Throughout the 1800s, Christian missionaries, western traders and whalers all flocked to the islands, bringing with them venereal diseases, mosquitoes, smallpox, measles and more. At the time of Cook’s arrival, the Native Hawaiian population had been about 300,000. By halfway through the 19th century, it had diminished by more than 75%, to 70,000. In 1893, businessmen and sugar barons illegally overthrew the Kingdom of Hawaii, leading to its annexation as a U.S. territory. Even after Hawaii’s eventual acceptance to the union as the 50th state, tensions did not disappear. As recently as last year, the proposal of a $1.4 billion observatory on Mauna Kea, the state’s highest peak and a sacred site for Native Hawaiians, led to a movement of protests against it.

This tortured history is on Perucho’s mind today, he says, as visitors once again come to the islands at a fragile moment. He holds no hostility toward visitors—“I still welcome everyone,” he says, in the Aloha Spirit—but some officials are worried that other locals may be less tempered in their reaction. In the early days of the pandemic, there were public altercations between locals and visitors who took advantage of cheap airfare to the islands, and in recent months, Hawaii residents have been enjoying time at their beaches and sites without tourists. Not all officials are in agreement with the pre-arrival testing program, either. Three of the state’s island mayors have said they want tourists to show a second negative test after arrival in order to bypass the two-week quarantine, and Big Island Mayor Harry Kim has said one test won’t be enough for him to lift the quarantine for Big Island visitors.

“My greatest concern is that there is going to be a backlash from locals against the visitors,” says Hawaii state senator Glenn Wakai, chair of the Hawaii Senate’s Committee on Economic Development, Tourism and Technology. It’s a tricky balance, argues Wakai, to maintain public health while also opening up the economy. “In the worst-case scenario, our tourists that we invite here, perhaps some of them will be COVID-positive, and that unfortunately leads to a spike in infections,” he says. “I’m really afraid that the local folks here are going to have a very anti-tourism sentiment if that in fact plays out.”

It might be too early to tell whether the return of U.S. mainland tourists has led to a spike, and the opening to Japanese tourists “might add a little too much fuel to the fire,” says Wakai. 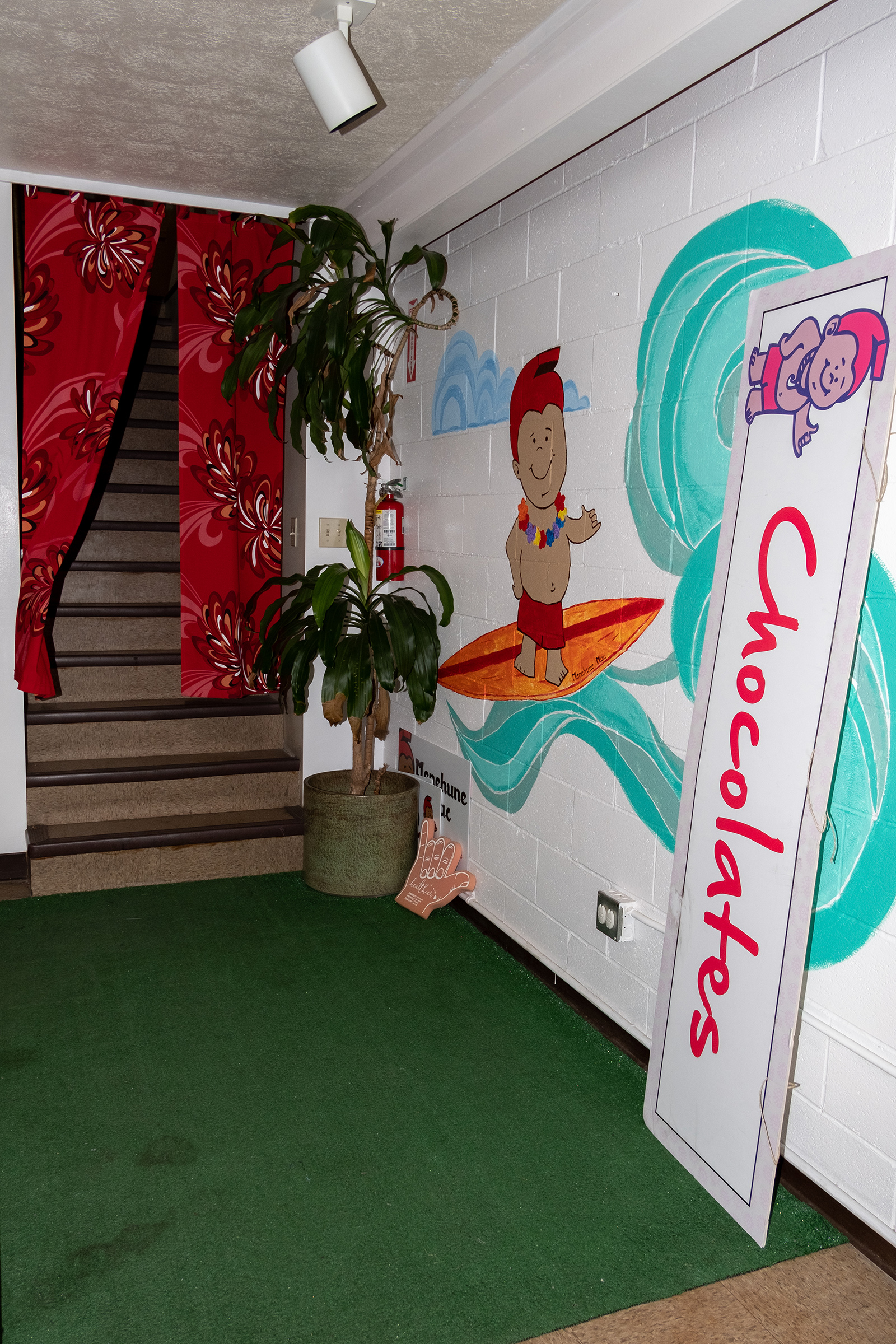 But on a recent day at Menehune Mac Candies, the oldest existing manufacturer of macadamia nut candies in Hawaii, none of that wariness could be found. Susan Morita, the factory’s executive chocolate taster, was ready and waiting to welcome the first round of tourists back to the gift shop, which was empty of customers but full of handmade sweets and snacks.

Since the start of the pandemic, Menehune Mac has lost about 95% of their business. Neal Arakaki, Morita’s brother and president of the company, says that number includes both most of his wholesale clients—including Neiman Marcus and several local hotels—and visitors to the factory’s gift shop. “I used to have Japanese tour buses in here doing factory tours all the time, that was my bread and butter,” says Arakaki.

It’s clear how different times are now, as Arakaki sits in a room at the back of the empty factory and admits he doesn’t quite know what’s next for the family-owned business. “This pandemic, it’s economic and psychological,” he says. Family members had to take over production during their lowest slump in business, when they had to furlough their crew of chocolate makers.

This year has shown how hard it is to make predictions about anything from public health to the economy, and now Arakaki is reluctant to guess what comes next, even about whether the business survives at all. “It’s a day-to-day thing,” he says. The return of tourism is a similarly unpredictable situation—but, with or without local buy-in, Hawaii is about to find out how it goes.