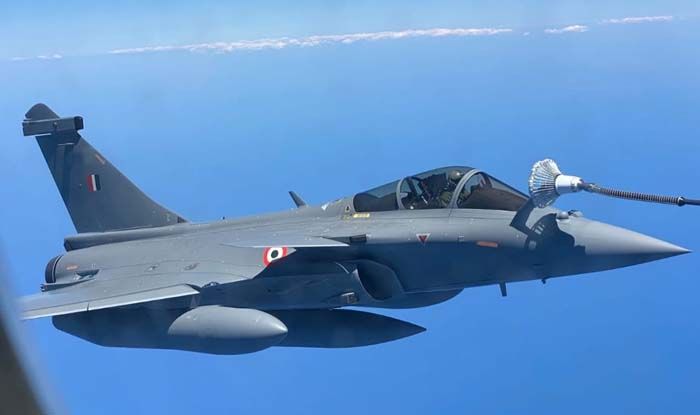 Some of the key fighter jet acquisitions over the years and the combat capabilities they possess that made India’s airmen a force to reckon with are: Also Read – Air Force Gets New Wing as 5 Rafale Jets Arrive at Ambala Airbase From France, Rajnath Says ‘Beginning of New Era’

Inducted in 2002, the Russian advanced fighter jets are the primary air-to-air and air-to-ground strike machines. It is a twin seater twin engine multirole fighter of Russian origin which carries One X 30mm GSH gun along with 8000 kg external armament.

It is capable of carrying a variety of medium-range guided air to air missiles with active or semi-active radar or Infra red homing close range missiles. It has a max speed of 2500 km/hr (Mach 2.35).

The Mirage-2000, one of the Indian Air Force’s (IAF) most versatile and deadliest aircraft, was first commissioned in 1985. The Mirage-2000 is developed by Dassault Aviation. It is a single seater air defence and multi-role fighter of French origin powered by a single engine.

The Soviet-sourced ground-attack aircraft was designed by Mikoyan-Gurevich Design Bureau and was manufactured by HAL under a license agreement. It is a single engine, single seater tactical strike fighter aircraft of Russian origin having a maximum speed of 1700 km/hr (Mach 1.6). It carries one 23 mm six-barrel rotary integral cannon and can carry upto 4,000 kg of other armament externally.

Another Soviet Mikoyan-Gurevich Design Bureau produced MiG was introduced in the 1970s to counter US’ F-Series planes like F-15 and F-16. It was commissioned in IAF in 1985. The MiG29 forms the second line of defence after the Sukhoi Su-30MKI.

It is a twin engine, single seater air superiority fighter aircraft which is capable of attaining maximum speed of 2,445 km per hour (Mach-2.3). It has a combat ceiling of 17 km. It carries a 30 mm cannon alongwith four R-60 close combat and two R-27 R medium range radar guided missiles.

The SEPECAT Jaguar is a fighter jet developed together by British Royal Air Force and French Air Force. It is a twin-engine, single seater deep penetration strike aircraft of Anglo-French origin which has a maximum speed of 1350 km /hr (Mach 1.3). It has two 30mm guns and can carry two R-350 Magic CCMs (overwing) alongwith 4750 kg of external stores (bombs/fuel).

In 1961, the IAF opted for the Mikoyan-Gurevich Design Bureau-made MIG 21. The single engine, single seater multirole fighter/ground attack aircraft of Russian origin forms the back-bone of the IAF. It has a max speed of 2230 km/hr (Mach 2.1) and carries one 23mm twin barrel cannon with four R-60 close combat missiles.