The annual fashion exhibition at the Metropolitan Museum of Art’s Costume Institute has become a pop-culture touchpoint in recent years, thanks in part to to the Met Gala. Often referred to as fashion’s biggest night, it’s a star-studded event held the first Monday every May to celebrate the start of the exhibit, and is probably best known for the extravagant red carpet fashion show it produces on the steps of the Met.

This spring, however, due to the coronavirus pandemic, the famed stairs of the Met were empty, the museum was closed and the gala was canceled—and this year’s exhibit, About Time: Fashion and Duration, was postponed. Now, nearly six months after its originally scheduled opening date, About Time is finally opening to the public on Thursday, with a few key adjustments that reflect the strange times we’re living in.

The show, an in-depth look at the ways in which fashion repeats and reinvents itself over the years, was originally conceived to commemorate the 150th anniversary of the Met, featuring clothing from 1870—the year the museum was founded—to the present day. Andrew Bolton, the curator in charge of the Costume Institute of the Metropolitan Museum, also found inspiration for the theme from philosopher Henri Bergson’s notion of duration, and Virginia Woolf‘s meditations on time with works like Mrs. Dalloway and Orlando. (Woolf serves as a sort of virtual narrator to the exhibit, with her writing about time read aloud by Nicole Kidman, Julianne Moore and Meryl Streep, who starred in the Mrs. Dalloway adaptation The Hours.)

However, the show’s concept itself took on a new meaning with its delayed debut. The irony isn’t lost on Bolton: the new understanding of time that has developed during a period of endless Zoom calls and blurred home and work boundaries gives a new level of resonance to the exhibit, he says.

“Six months ago, you would have seen the show very differently and now, I think what’s interesting is the relevance of the show extends beyond the show to outside the walls of the museum,” Bolton told TIME. “Being at home, your work and your home life, there’s no separation. Time is either contracting or it’s expanding and the subjective time of the mind, to me, is much more relative than the objective time… It’s added another layer to the show that we wouldn’t have had six months ago.” 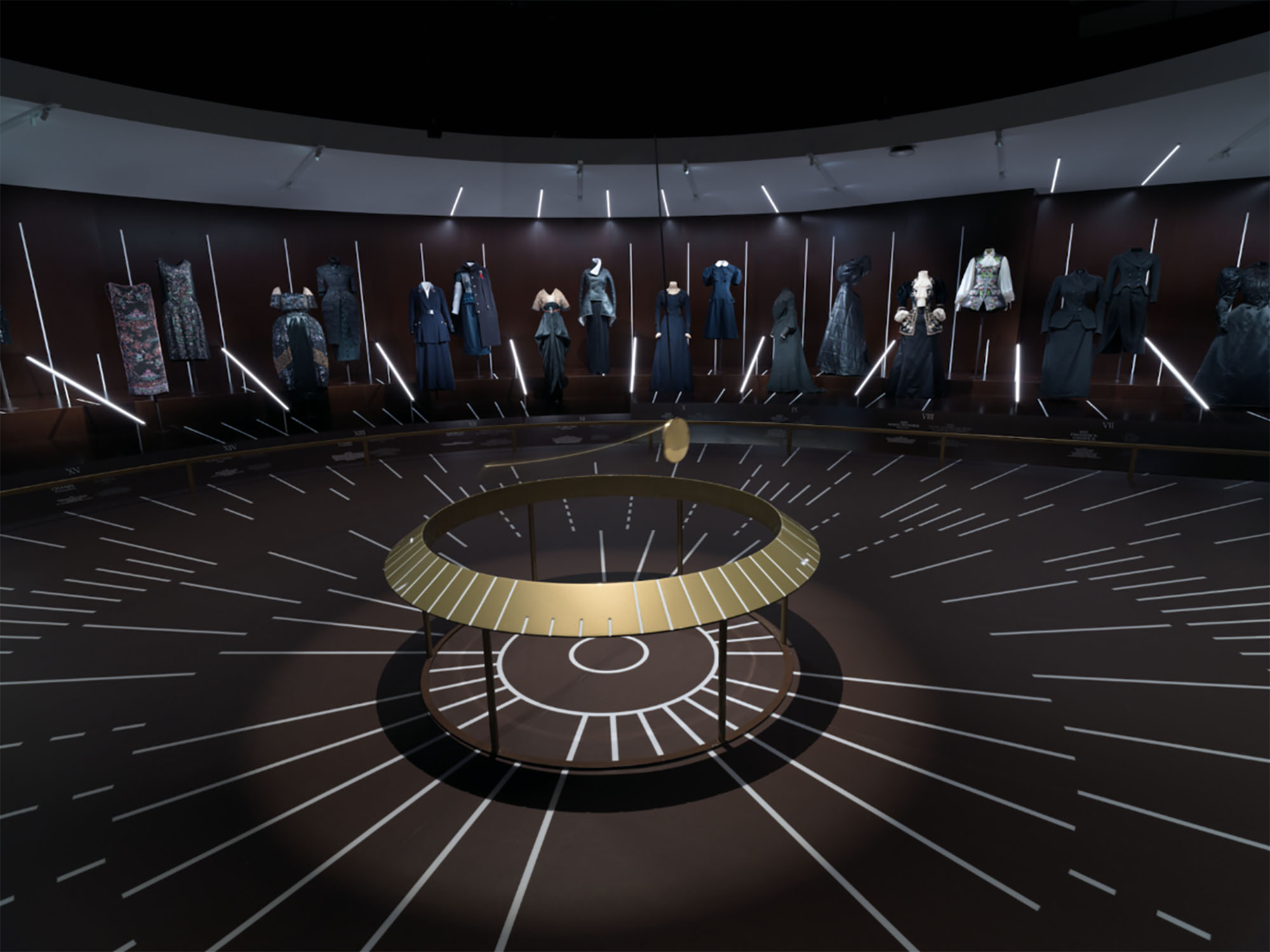 Courtesy of the Met Museum

The exhibit’s postponement also gave Bolton time to reevaluate his curation; over the course of these months, the exhibit changed nearly a quarter of its original selections. Pieces fresh off the runways, like a fur-adorned Margiela jacket, were added into the rotation, while the Black Lives Matters protests that have followed the killing of George Floyd inspired the decision to include more BIPOC designers in the show, which now features the work of Stephen Burrows and Hood by Air’s Shayne Oliver. “Going forward, it’s going to be something that will always have to be a part of your intellectual framework, when you make decisions about who you include in [a] show, it has to be informed by the social justice movements,” says Bolton, adding that he believes Black Lives Matter will ultimately have a bigger impact on the fashion world than COVID-19 will.

It’s not just the show’s offerings that have shifted, either—how to view and experience the exhibit has changed drastically as well.

For those seeing the exhibit in person, timed tickets for the exhibit must be ordered ahead, in addition to reserved tickets to the museum. Only 50 people will be allowed in the exhibit at a time every 45 minutes, which in some ways, Bolton thinks, might actually enhance the exhibit, as it will be far less crowded than past exhibits have been. And while the original exhibit featured physical booklets with stories about each item of clothing, the information can now be downloaded via phone or online on the museum’s website, which gives viewers the chance to spend more time with the material.

For those who feel uncomfortable attending in person or those who can’t due to health and safety reasons, there will also be a guided video gallery tour hosted by Bolton, which will include commentary on the pieces in the collection that he feels are significant. It’s something that hasn’t been offered for past exhibits, but helps to make one of the museum’s most anticipated shows accessible to everyone—a change that Bolton hopes will continue.

And while About Time—with the postponement, the cancelled Met Gala and the show’s many revisions—is not your typical Costume Institute exhibit, that’s appropriate for a year that has been far from normal, something that Bolton sees as an important element to represent in not only the exhibit, but fashion at large.

“Fashion repeats itself, but it also reinvents itself, re-contextualizes itself,” Bolton says. “Good fashion always reflects the times, it’s an accurate barometer for the times in which we’re living.”

Write to Cady Lang at cady.lang@timemagazine.com.