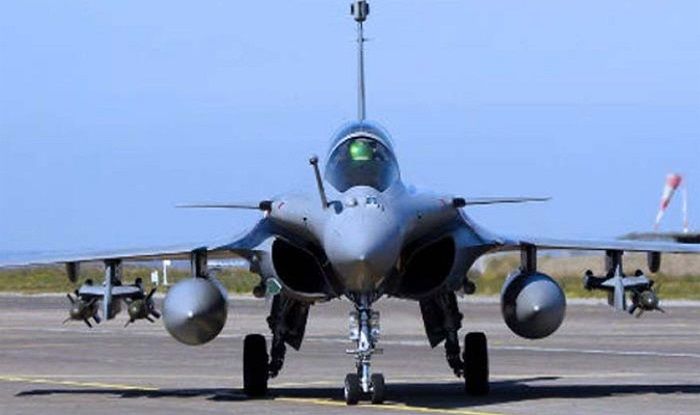 Ahead of its arrival, authorities have tightened security and imposed prohibitory orders near the Ambala Air Force Station in Haryana. For security purpose, authorities have also banned  shooting of videos and photography. Also Read – Rafale Deal: First Squadron of 5 Jets Flies Out of France, to Reach India on Wednesday

Part of security measure, the Ambala district administration has prohibited people from flying private drones within the three-km radius of the air base. Also Read – 21 Years of Kargil Vijay Diwas: Bravehearts Who Won India The War in Summer of ’99

Moreover, section 144, which prohibits assembly of four or more people, has been imposed in the villages adjoining the air base, including Dhulkot, Baldev Nagar, Garnala and Panjkhora.

These fighter jets took off from France on Monday and covered a distance of 7,000 km with air-to-air refuelling and a single stop in the United Arab Emirates.

As per updates, the first squadron of the Rafale jets will be stationed at the Ambala airbase. These jets later in the day will be inducted into the IAF though a formal induction ceremony.

The IAF has undertaken major infrastructure upgrades at the Ambala base for the deployment of the first Rafale squadron. Built in 1948, the air base is located on the east side of Ambala in Haryana and is used for military and government flights.

The development comes as India had inked a Rs 59,000-crore deal on September 23, 2016 to procure 36 Rafale jets from French aerospace major Dassault Aviation.

The fleet comprises three single seater- and two twin seater- aircraft. They will be inducted into the Indian Air Force as part of its No 17 Squadron, also known as the Golden Arrows at Ambala air base.

Meanwhile, the IAF said that the pilots, ground crew and the fighter will be operationally ready as the jets reach India.

It is believed that the Rafale jets would be a game changer in the current scenario when India is engaged in a bitter standoff with China in Eastern Ladakh.

The first Rafale fighter was handed over to the Indian Air Force (IAF) in October 2019 in a ceremony attended by the French Minister for Armed Forces Madame Florence Parly and Indian Defence Minister Rajnath Singh.

(With inputs from PTI, IANS)