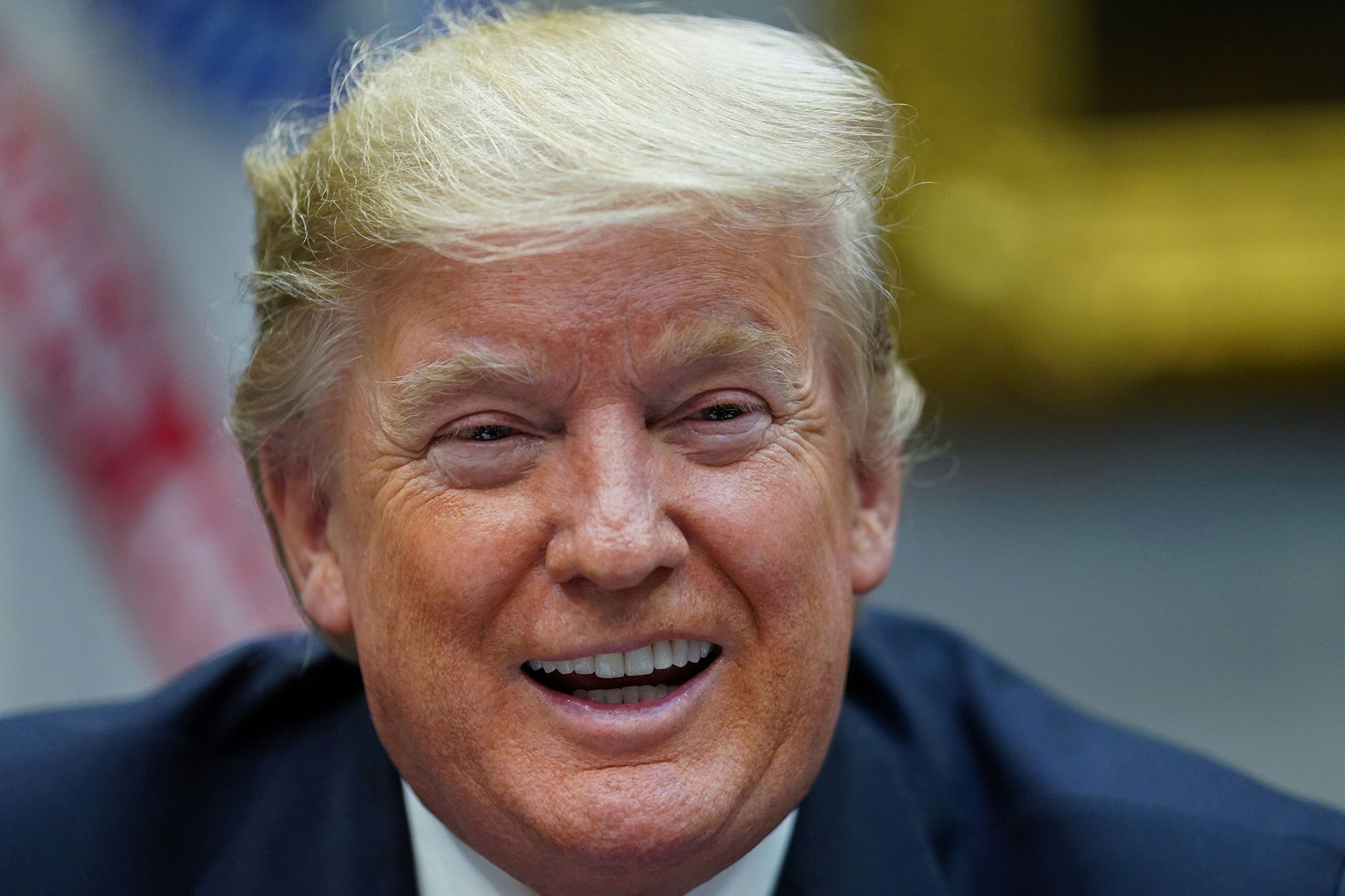 Washington: President Donald Trump on Sunday declared he was healthy enough to return to the campaign trail, a day after the White House doctor said he was no longer at risk of transmitting the coronavirus but did not say explicitly whether Trump had tested negative for it. Also Read – No Melas, Food Stalls, Processions, Exhibitions in Delhi Till Oct 31: DDMA Issues Fresh SOP For Festivals

Trump, who was poised Monday to host his first rally after his COVID-19 diagnosis, declared he was now immune” from the virus, a claim that was impossible to prove and comes amid a series of outstanding questions about the president’s health. Also Read – Feluda Test For COVID-19 Diagnosis May be Out in Next Few Weeks: Health Minister Harsh Vardhan

“I’m immune,” Trump said in an interview on Fox News. The president is in very good shape to fight the battles.” Also Read – ‘No God Says One Needs to Visit Puja Pandals to Worship’, Says Health Minister Ahead of Festive Season

In a memo released Saturday night by the White House, Navy Cmdr. Dr. Sean Conley said Trump met the Centers for Disease Control and Prevention criteria for safely discontinuing isolation and that by currently recognized standards he was no longer considered a transmission risk. The memo did not declare Trump had tested negative for the virus.

But sensitive lab tests like the PCR test cited in the doctor’s statements detect virus in swab samples taken from the nose and throat. Some medical experts had been skeptical that Trump could be declared free of the risk of transmitting the virus so early in the course of his illness.

Just 10 days since an initial diagnosis of infection, there was no way to know for certain that someone was no longer contagious, they said.

The memo followed Trump’s first public appearance since returning to the White House after being treated for the coronavirus at a military hospital. Hundreds of people gathered Saturday afternoon on the South Lawn for a Trump address on his support for law enforcement from a White House balcony.

Trump took off a mask moments after he emerged on the balcony to address the crowd on the lawn below, his first step back onto the public stage with just more than three weeks to go until Election Day.

He flouted, once more, the safety recommendations of his own government days after acknowledging that he was on the brink of bad things from the virus and claiming that his bout with the illness brought him a better understanding of it.

His return was a brief one. With bandages visible on his hands, likely from an intravenous injection, Trump spoke for 18 minutes, far less than his normal hour-plus rallies.

He appeared healthy, if perhaps a little hoarse, as he delivered what was, for all intents and purposes, a short version of his campaign speech despite the executive mansion setting.

I’m feeling great, Trump told the crowd, adding that he was thankful for their good wishes and prayers as he recovered.

He then declared that the pandemic, which has killed more than 210,000 Americans, was disappearing even though he is still recovering from the virus.

In either an act of defiance or simply tempting fate, officials organized the event just steps from the Rose Garden, where exactly two weeks ago the president held another large gathering to formally announce his nomination of Judge Amy Coney Barrett to the Supreme Court.

That gathering is now being eyed as a possible COVID-19 superspreader as more than two dozen people in attendance have contracted the virus.

His return to full-fledged rallies will be in Florida on Monday, a comeback that comes with the president facing stubborn deficits in the polls.

The Trump campaign and White House has not indicated that any additional safety measures will be taken to prevent the transmission of the virus among those traveling on Air Force One or at the rally site.

As Trump returned to the public stage, Dr. Albert Ko, an infectious disease specialist and department chairman at the Yale School of Public Health, said that the White House appeared to be following CDC guidelines for when it is appropriate to end isolation after mild to moderate cases of COVID-19.

But Ko cautioned that those who have had severe cases of the diseases should isolate for 20 days. He noted that Trump was treated with the steroid dexamethasone, which is normally reserved for patients with severe COVID.

Ko added that White House had issued convoluted statements about Trump’s health that left many questions unanswered, including whether the president ever had pneumonia.

The memo stated that Trump had reached day 10 from the onset of symptoms, had been free of fever for well over 24 hours, and that all symptoms had improved.

People who have had COVID-19 can continue to test positive for weeks or longer after they are no longer infectious.

Saskia Popescu, an infectious disease epidemiologist at George Mason University, said the tight time frame laid out by the White House made it appear that they’re really just pushing to get him out of isolation and back to campaigning.

Trump will follow the Florida rally with trips to Pennsylvania and Iowa on subsequent days.

The White House has steadfastly refused to say when his last negative test was before his October 2 diagnosis, raising questions as to how frequently the president was tested and if he potentially was carrying the virus for days before it was detected, potentially including his first debate two days earlier with Democrat Joe Biden.

Biden’s campaign said the nominee again tested negative on Saturday for COVID-19. Biden was potentially exposed to the coronavirus during his Sept. 29 debate with Trump, who announced his positive diagnosis barely 48 hours after the debate.