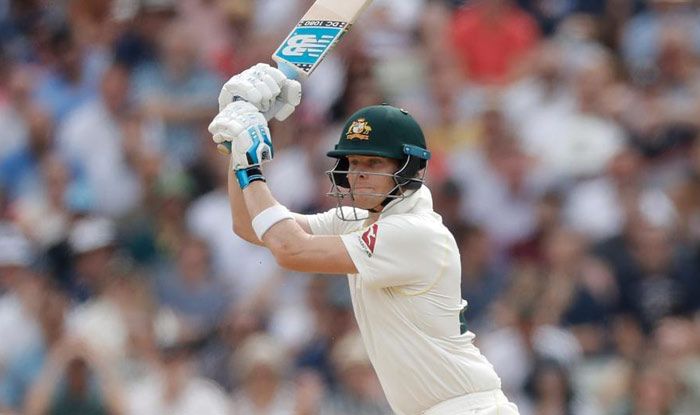 Australian run-machine Steve Smith has dared the lethal Indian fast bowling unit to bring on the short stuff in the upcoming marquee Test series, saying he has faced a lot of it in his life. Famously called as ‘clash of heavyweights’, the Border-Gavaskar Test series will begin on December 17 in Adelaide. According to the former captain – Smith, trying short-pitched bowling against him could work in Australia’s favour. Also Read – IPL 2020 News: Rahul Dravid Decodes Secret of Mumbai Indians Success, Says Strong Core of Quality Players

Smith’s supposed vulnerability against the short ball was visible during New Zealand’s last tour of Australia where he fell four times to Black Caps pacer Neil Wagner set fields for short-pitched bowling. “If teams are trying to get me out like that it’s probably a big benefit for the team because it takes a lot out of people’s bodies if you continually bowl short,” Smith told News Corp. Also Read – Aakash Chopra Defends Virat Kohli’s India Captaincy, Questions Had Rohit Sharma Won IPL Titles With RCB Team

“I’ve faced a lot of short bowling in my life and I haven’t had too many stresses with it. I suppose we’ll just wait and see.” Also Read – “Why Don’t You Find Out From Rohit Himself?” Sourav Ganguly Claims The Indian Opener is 70 Per Cent Fit

Against New Zealand in the 2019-2020 season, Smith was consistently attacked by the Kiwi pacers with short-pitched deliveries aimed at his body.

Smith, though, still managed to average nearly 43 in the three matches and wore the bowlers down with his dogged approach in the middle, helping the others to pile on the runs.

“It’s no dramas for me. I just play the game and sum up the conditions, how they’re trying to get me out and being able to counter that,” Smith said.

He acknowledged that Wagner executed it well, but others may not be able to replicate that. “I mean, a few different oppositions have tried it and they’ve certainly found it more difficult to (execute it) the way Wagner did. He’s got an amazing skill set where his speeds go up and dow… everything is between your ribs and your head.”

Indian play three ODIs, three T20s and four Tests starting November 27. The ODI and T20 series will be played in Sydney and Canberra from November 27 to December 8.

The Indian attack will comprise Jasprit Bumrah and Mohammed Shami in lead roles. The tourists will call on Ishant Sharma if he recovers from the side injury sustained at the IPL. Umesh Yadav and the promising Navdeep Saini are also part of India’s Test squad.

Smith was not part of the previous series between the two teams as he was serving his one-year suspension for the ball-tampering scandal.