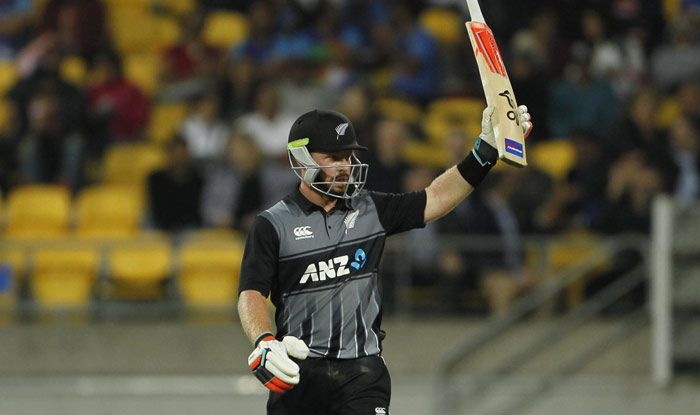 New Zealand wicketkeeper-batsman Tim Seifert has reportedly been roped in as replacement for the injured Ali Khan by Kolkata Knight Riders for the rest of their IPL 2020 campaign. Ali, who became the first ever USA cricketer to land an IPL contract, complained of a side strain and will leave UAE without playing a single match. Also Read – IPL 2020 Live Cricket Score SRH vs KKR, Today’s Match 35 Live Updates, Abu Dhabi: Sunil Narine Cleared of Suspect Bowling Action

According to a report in stuff.co.nz, Seifert’s domestic team Northern Districts, had “confirmed” that the hard-hitting batsman “was another absentee [for the Plunket Shield] in coming weeks, summoned to the IPL as a replacement player”. Also Read – IPL 2020: KKR Spinner Sunil Narine Cleared of Suspect Bowling Action

Ali was signed by two-time IPL winners KKR as a replacement for England pacer Harry Gurney who was ruled out due to an injury ahead of the season. Also Read – MI vs KXIP Dream11 Team Hints And Predictions IPL 2020: Captain, Vice-Captain And Probable XIs For Today’s Mumbai Indians vs Kings XI Punjab Match 36 at Dubai International Cricket Stadium 7.30 PM IST Sunday, October 18

Ali was picked up after he played an important role in Trinbago Knight Riders’ excellent run to the Caribbean Premier League title earlier this year as they won all their matches en route to the title. The American cricketer had taken eight wickets during the tournament.

There were speculations over Ali’s injury when IPL put out a statement saying he has been ruled out of the season before KKR denied saying they were optimistic of the pacer’s recovery.

“While we are disappointed that he injured himself, KKR always does everything to take care of its players and therefore have asked him to stay on and are helping him with his recovery and rehab. Hopefully, he will recover fast,” Mysore had told ESPNcricinfo.

The 25-year-old Seifert has played three ODIs and 24 T20Is for New Zealand since making his international debut in January 2019.