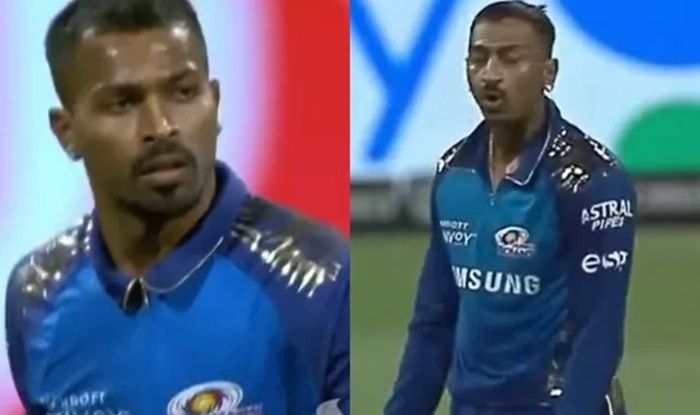 Krunal was bowling and Hardik – sensing an opportunity to runout Shreyas Iyer – threw the ball hard from a close range and it was not the best of throws. Krunal could not stop the ball and with no one backing up, it allowed the batsmen to take an extra run and that did not please Krunal. Also Read – Sagarika Ghatge and Zaheer Khan Are Expecting Their First Child Together

After the goof-up, Hardik was seen giving an explanation from his end that the fielder was there to cover and should’ve been swift in coming in to avoid the overthrow. It was evident that the birthday boy was not pleased with the way he was treated. Also Read – IPL 2020, RCB vs KKR: Kolkata on Sunil Narine’s Reported Bowling Action – ‘Hopeful That There Would be an Appropriate Resolution Quickly’

Krunal ended up with two wickets in his spell conceding 26 runs and helped MI restrict DC to 164. Not just Krunal, it was Suryakumar and De Kock’s brilliant knocks that laid the foundations for a successful chase.

With the win, the three-time champions MI went top of the table and they would like to continue the winning momentum.

Mumbai have played good consistent cricket thus far and hence find themselves at the top. The franchise will hope Hardik – who has been struggling to score – gets among the runs as that will help Mumbai close games and be deadly at the backend while setting a target.

Capitals, on the other hand, would like to get back to winning ways in their next match. The two teams look good to make it to the last four. But again, it is still too early to make predictions.