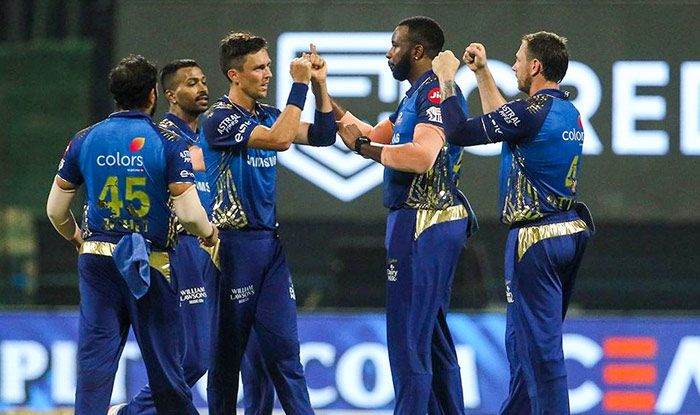 The defending champions are on a roll having won their last four games, while there are problems aplenty for KKR, who were decimated by the Royal Challengers Bangalore by 82 runs in their last game. Also Read – IPL 2020: Here’s Why Google Search Result For Shubman Gill’s Wife Shows Sara Tendulkar

For KKR, questions remain as to whether their key spinner Sunil Narine, who has been once reported for suspect bowling action, will play or not. He had missed the game against RCB even as KKR hoped for an “early resolution” to the issues surrounding his controversial action.

In the event of Narine missing out again, Mumbai will fancy their chances even more at the Sheikh Zayed stadium, where skipper Rohit Sharma has scored both his half-centuries this season.

Sharma (216 runs), on his day, can pummel any attack to submission and particularly enjoys playing against Kolkata. When the two teams met last, Mumbai rode on his belligerent 80 to register a 49-run win.

Apart from Sharma, the Mumbai top and middle-order is in good form be it Quinton De Kock (191 runs) or Suryakumar Yadav (233 runs), who would like to continue in the same vein.

Ishan Kishan (186 runs) underlined his potential with a blistering 99 against RCB, but the Jharkhand player needs to convert his starts into big scores to make his presence felt.

Mumbai Indians coach Mahela Jayawardene would be pleased with the likes of Hardik Pandya and swashbuckling Kieron Pollard, who have been launching into the opposition attack with their big-hitting prowess along with Krunal Pandya.

Given the trio’s abilities, they can rip apart the KKR attack, especially one sans Narine.

On the bowling front too, Mumbai looks a settled unit with Trent Boult and Jasprit Bumrah providing early breakthroughs. They are complemented by Australian James Pattinson and the trio has accounted for 31 wickets.

Spinners Rahul Chahar and Krunal will be again looking to contain the KKR batters.

Meanwhile, the biggest drawback for KKR is the inconsistent performance of their batsmen, particularly Andre Russell, who has just managed a meagre 71 runs from seven games.

There was talk of Russell being promoted up the order, but he continues to bat down and hasn’t done justice to his abilities.

Kolkata also possesses a number of batsmen who can take any attack to cleaners. It comprises the young and elegant Shubman Gill, England’s World Cup-winning captain Eoin Morgan, Nitish Rana and skipper Dinesh Karthik, but they have not got going barring the odd game.

The management would be hoping that come Friday, they fire in unison to reduce pressure on young guns Rahul Tripathi and Tom Banton.

KKR bowlers did well to fashion narrow victories against Kings XI Punjab and Chennai Super Kings, but were profligate against RCB when Pat Cummins and Prasidh Krishan leaked 38 and 42 runs respectively.

They would want to forget the hammering and regain form.

KKR may also look to play Kuldeep Yadav, who was dropped after playing just three games, in place of a third pacer.

He can come in handy along with mystery spinner Varun Chakravarthy, who was economical in the game against RCB.