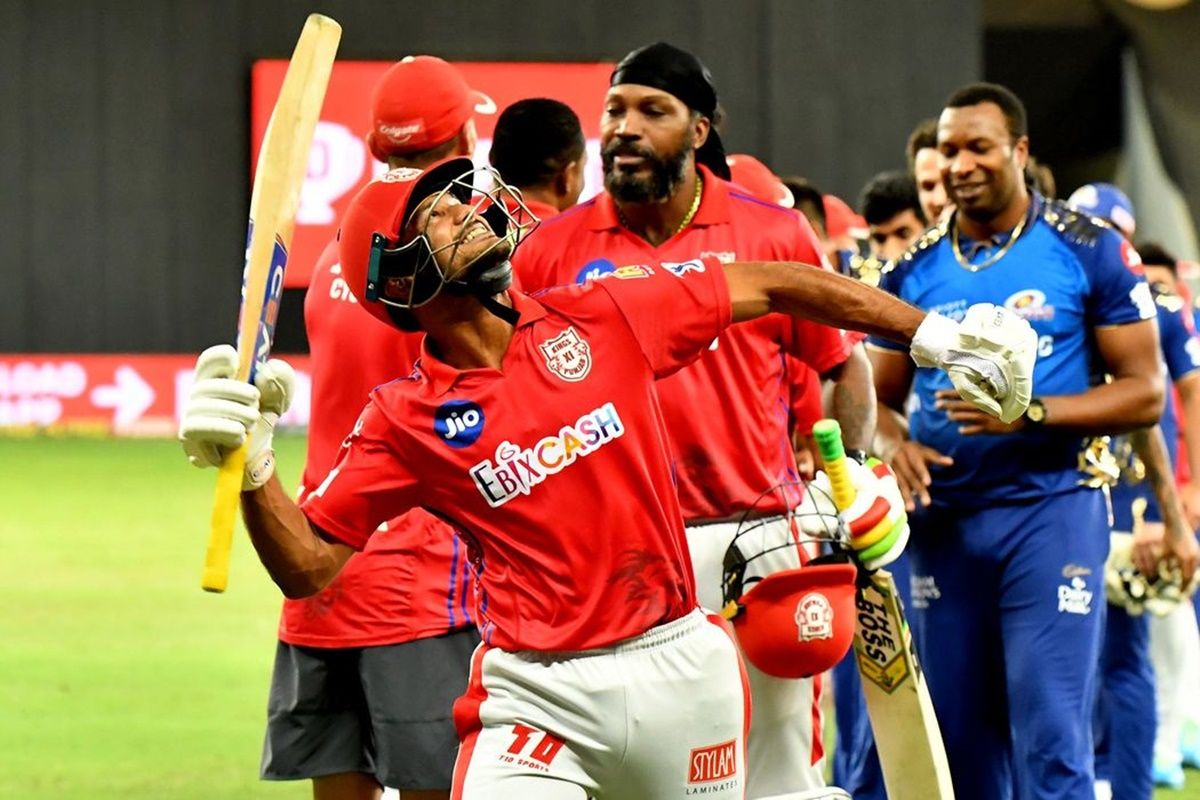 IPL 2020 Points Table Latest, MI vs KXIP  2020: Kings XI Punjab showed nerves of steel as they defeated defending champions Mumbai Indians in an edge-of-the-seat encounter that was decided via a second Super Over for the first time in the history of the Indian Premier League on Sunday. Courtesy the win, Punjab now occupy the sixth position in the Dream11 IPL 2020 points tally with three wins out of nine matches. They have also kept their IPL playoff hopes alive with a thrilling win over Mumbai in match 36 in Dubai. Despite the same number of wins and points, KXIP are ahead of Chennai Super Kings and Rajasthan Royals due to better run-rate. Meanwhile, MI are at the second spot with six wins and three losses in nine games. Whereas, Delhi Capitals continue to rule the roost at the top with seven wins and two losses in nine matches. Also Read – IPL 2020, CSK vs RR in Abu Dhabi: Predicted Playing XIs, Pitch Report, Toss Timing, Squads, Weather Forecast For Match 37

Kieron Pollard helped MI score 11 for one in the second Super Over bowled by Chris Jordan after both the teams ended at the same score in the regulation 20 overs as well as in the first Super Over. Chris Gayle then hit the first ball bowled by Trent Boult for a six before Mayank Agarwal cracked successive fours as KXIP notched up an incredible win to keep their IPL playoff hopes alive. This was after Jasprit Bumrah dismissed Nicholas Pooran and KL Rahul in the first Super Over to leave MI with a six-run target. However, Mohammed Shami bowled an equally incredible over as KXIP defended the five runs to take the match to a second Super Over. Also Read – CSK vs RR Dream11 Team Prediction Dream11 IPL 2020: Captain, Vice-captain, Fantasy Playing Tips, Probable XIs For Today’s Chennai Super Kings vs Rajasthan Royals T20 Match 37 at Sheikh Zayed Stadium, Abu Dhabi 7.30 PM IST Monday October 19

The hero of the thriller at Dubai International Stadium was Punjab captain-cum-wicket-keeper-cum-batsman KL Rahul, who was adjudged the Man of the Match, not just for his 51-ball 77, but perhaps for also making some smart decisions with his captaincy. It was the super Sunda’s second match that was decided through a Super Over decider, as earlier in the day, Kolkata Knight Riders had pipped SunRisers Hyderabad in Abu Dhabi. Also Read – MI vs KXIP 2020, IPL Match Report: KL Rahul Shines as Kings XI Punjab Beat Mumbai Indians in Second Super Over to Keep Playoff Hopes Alive

With another fifty to his name, Kings XI Punjab captain KL Rahul has further strengthened his pole position in IPL 2020 Orange Cap list – 525 runs – in nine matches. He played a brilliant knock of 51 against Mumbai and kept Punjab in the game single-handedly in match 36 of Dream11 IPL. Rahul’s compatriot and opening partner Mayank Agarwal is at the second position with 393 runs. Rahul and Mayank are the only players to have scored centuries in this year’s edition of the IPL so far. CSK opener and ace Protea batsman – Faf du Plessis (365 runs), Delhi Capitals veteran batsman Shikhar Dhawan (359 runs) and RCB captain Virat Kohli (347 runs) occupy the third, fourth and fifth spot respectively.

Delhi Capitals ace pacer Kagiso Rabada – 19 wickets in nine matches – continues to lead the Purple Cap tally – most wickets in tournament. He is followed by Mumbai Indians ace pacer Jasprit Bumrah, who picked up a three-wicket haul versus Punjab on Sunday. Bumrah has 15 wickets in nine matches at an outstanding strike-rate of 14.40. Boom is followed by KXIP bowling spearhead – Mohammed Shami, who picked up 2/30 and bowled a brilliant Super Over to help Punjab keep their playoff hopes alive. Shami has 14 wickets in 9 matches. RCB spinner Yuzvendra Chahal (13 wickets) and Jofra Archer (12 wickets) complete the top-5 list in IPL 2020 Purple Cap.