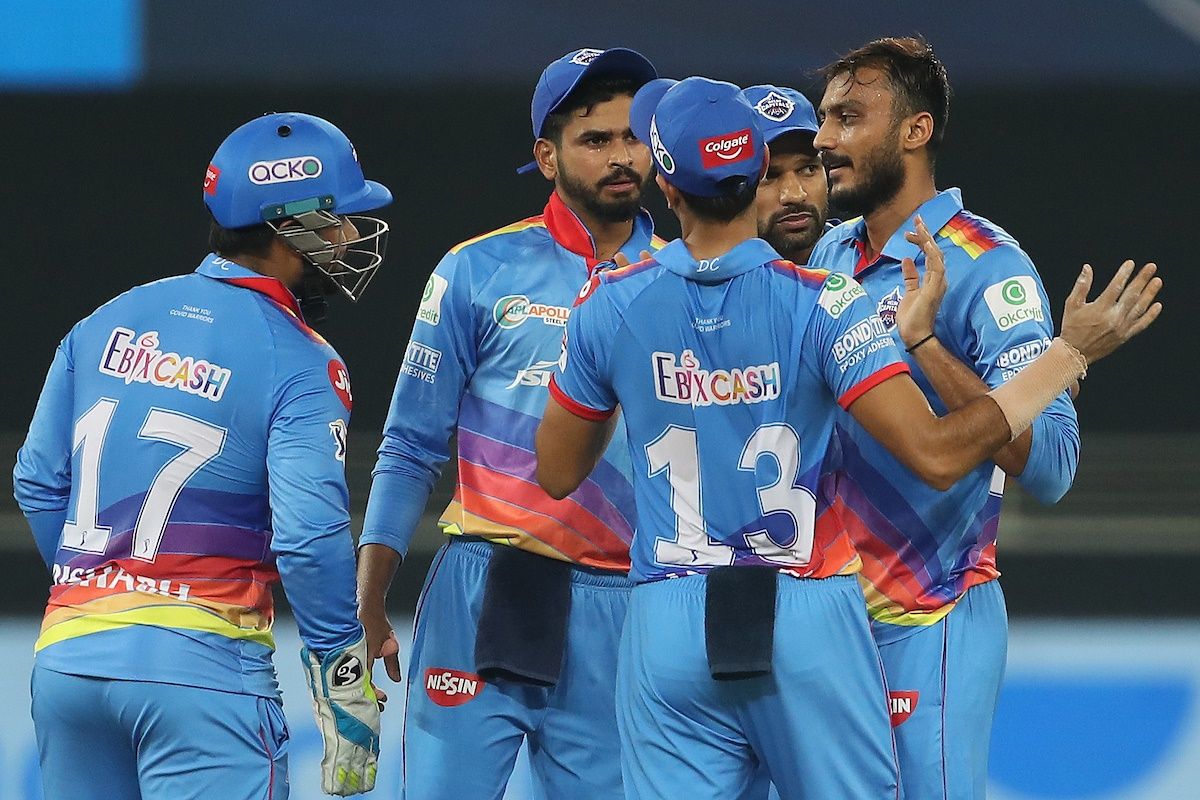 DC now have eight points from five matches, ahead of Mumbai Indians and RCB, who have six points each in the 13th edition of IPL. After putting up a decent total on board, thanks to Marcus Stoinis’ 53 not out, and some valuable top-order contributions, DC bowlers came all guns blazing to defend the target. Stoinis, who was dropped on 30 by Yuzvendra Chahal, made RCB pay for the mistake as he raced to his 53 in just 26 balls, hitting two towering sixes and six fours at the Dubai International Cricket Stadium. Also Read – IPL 2020, MI vs RR in Abu Dhabi: Predicted Playing XIs, Pitch Report, Toss Timing, Squads, Weather Forecast For Match 20

Rabada set the Dubai International Cricket Stadium on fire with stunning figures of 4/24, including picking the big wicket of Virat Kohli. With 43 off 39 balls, skipper Kohli, who became the first Indian batsman and the seventh in the world to surpass 9000 T20 runs, was the top scorer for his side. But the chase master could do little as his team was stopped at 137 for nine. Rabada and received good support from compatriot Anrich Nortje (2/22), Axar (2/18), and Ravichandran Ashwin (1/26).

Kings XI Punjab captain KL Rahul manages to hold on to the numero uno spot and keep the Orange Cap, with 302 runs under his belt. CSK opener and ace Protea batsman -Faf du Plessis occupy the second slot with 282 runs in five matches. Rahul’s compatriot and opening partner Mayank Agarwal is at the third position with 282 runs. Rahul and Mayank are the only players to have scored centuries in this year’s edition of the IPL so far. Delhi Capitals skipper Shreyas Iyer – 181 runs – and opener Prithvi Shaw – 179 runs- currently occupy the fourth and fifth spot respectively after match 19 of Dream11 IPL 2020.

There’s a bit of change in this segment as Delhi Capitals ace pacer Kagiso Rabada reclaims the Purple Cap, as his 4/24 demolish RCB on Monday. He is followed by RCB spinner Yuzvendra Chahal, who gone wicketless vs Delhi Capitals, has 8 wickets against his name in five innings. MI’s Trent Bould and Punjab’s Mohammed Shami are at the third and fourth spot with eight wickets apiece. Delhi fast bowler and Rabada’s teammate Anrich Nortje made a jump in list of highest wicket-takers and now sits at the fifth position with 7 wickets under his belt.