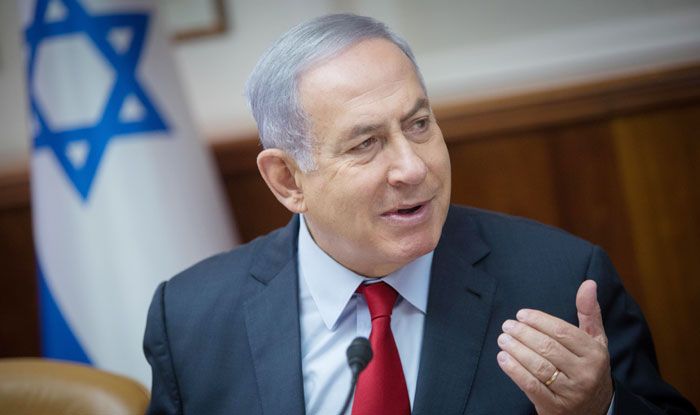 Tel Aviv: Israeli Prime Minister Benjamin Netanyahu on Monday urged for political stability amid a looming coalition crisis, adding that that he has accepted a compromise proposal that would delay the deadline for passing the state budget and remove the immediate threat of early elections. Also Read – Israeli PM Netanyahu’s Son Apologises After His Tweet Offends Indians

According to a report in The Times of Israel, Derech Eretz, a political faction made up of two MPs, elected as part of the Blue and White alliance, proposed a bill on Sunday night that would postpone the August 25 deadline for passing the state budge, granting more time for Netanyahu and coalition partner, Blue and White chief Benny Gantz to settle on a deal. Also Read – International Flights: India’s Next Air Bubble is Likely to be With Israel

“We should make every effort to avoid elections and stabilize the government,” Netanyahu said on Monday. Also Read – WhatsApp-Facebook Get Green Signal to Sue Israeli Surveillance Group For Illegally Sending Malware to About 1,400 Prominent People

“We need to make every effort to avoid elections, stabilize the government, fight the coronavirus health-wise, and fight for the reopening of the economy.

“That’s what we’re doing. I hope we’re also doing it successfully,” he was quoted as saying by The Times of Israel.

Under the current law, the government, led by Netanyahu’s right-wing Likud party and Gantz’s centrist Blue and White, should approve the budget by August 25 or Parliament will be automatically dissolved, reports Xinhua news agency.

Gantz has also said that has agreed to postpone the deadline.

Over the past weeks, Netanyahu and Gantz have been in dispute over the timeframe of the budget, with the former demanding the budget should cover only 2020 and the latter insisting it should also cover 2021.

If the government does not approve the budget before the deadline, Israel might find itself heading towards a fourth round of elections in 16 months.

No party achieved enough votes to establish a government after the last elections in March.

In the wake of the political deadlock, an unprecedented power-sharing government was formed, with Netanyahu as Prime Minister and Gantz as “alternate Prime Minister” and Defence Minister. The two are expected to rotate after 18 months, under their power-sharing deal.