Some movies can get away with just being a scenery sandwich, a few fat slabs of gorgeous vistas with a sliver of plot slipped in between. Made in Italy is that kind of movie. Liam Neeson plays Robert, a crabby, once-acclaimed painter who has been unable to produce since the death of his wife in an accident, years ago. He has a grown son, Jack (Micheál Richardson, Neeson’s son in real life), who also finds himself stuck, but in a different way: He’s been making his living running an art gallery owned by his wife’s family; now, the wife is requesting a divorce and putting the gallery up for sale at an astronomical price. Jack’s desperate solution is to persuade his father to sell the villa in Tuscany that the two just happen to own. They haven’t even been there in 20 years, since Jack’s mother died. The thinking, presumably, is: Who’s going to miss that old pile of bricks?

Stop right here if you’re expecting realism: Very few people on the planet have languishing Tuscan villas that they can sell for quick cash. Plus, Jack’s unlikability is a turnoff from the start—he’s all too good at bossing his father around, and you wonder why dad owes him the favor of relinquishing a piece of dually owned property just so he can hang onto his fancy job. But remember—we’re here for the scenery! That’s the chief draw of Made in Italy. That, and Lindsay Duncan. 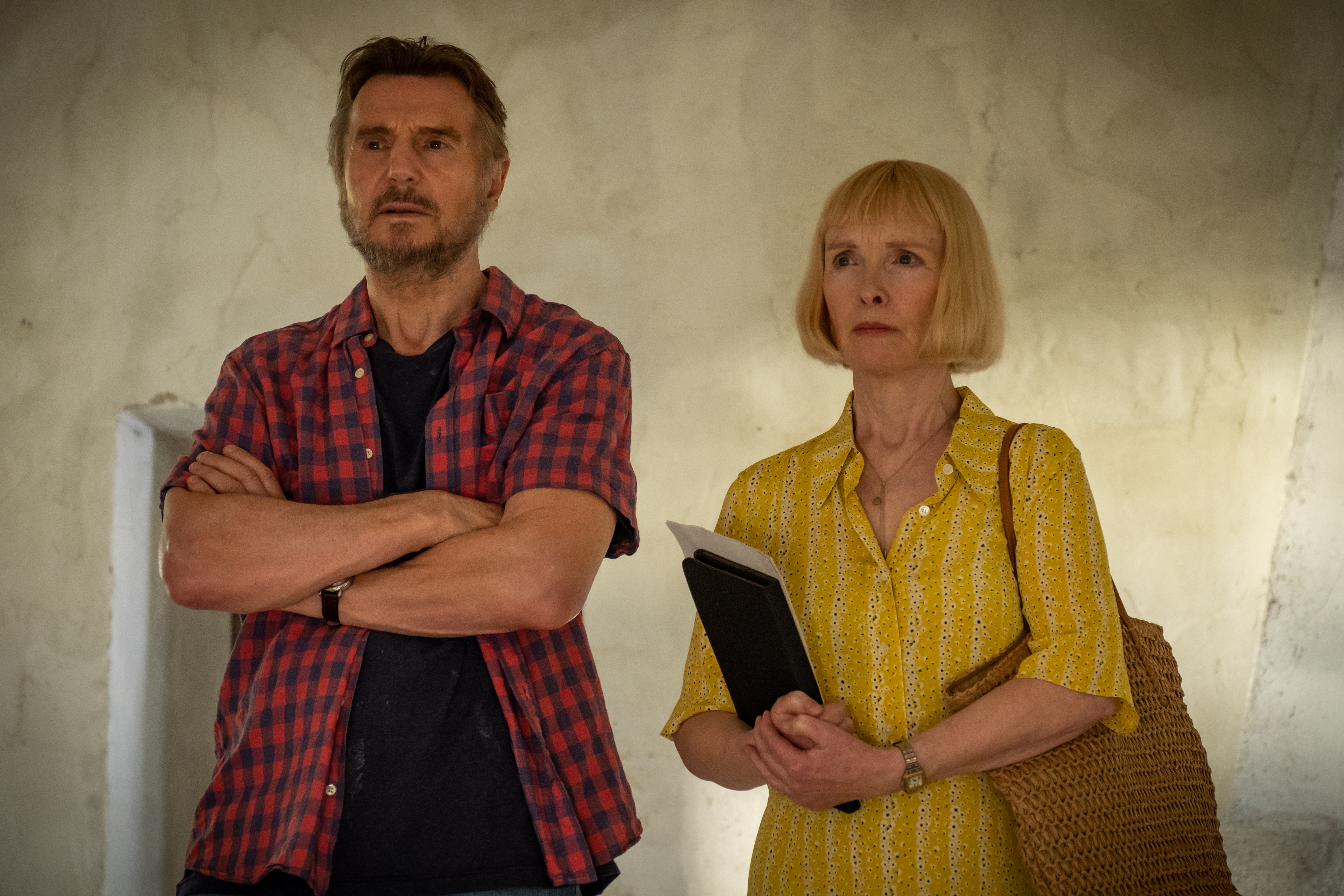 Liam Neeson and Lindsay Duncan in ‘Made in Italy’

Duncan, largely a stage actor, is wonderful anytime she shows up in film (as in Birdman, where she played the theater critic responsible, supposedly, for ruining actors’ lives). Here she plays Kate, the real estate agent who shows up to help Robert and Jack sell the house, which is no easy task: It’s a wreck, the main room cluttered by a tangle of dusty, rusted junk, with a godawful red horror of a painting covering one wall. (Robert, grief-stricken, slapped the paint on there just after his wife’s death.) Duncan sweeps in, in her sensible, floaty cotton dresses, and purses her lips in disapproval. At last, a human being with common sense. It is she who persuades Robert that he needs to spruce up the joint before it can possibly be sold. She radiates prickly intelligence, and is just radiant in general.

There’s another subplot involving a kind, beautiful divorced restaurant owner (Valeria Billelo’s Natalia) whom Jack inexplicably charms with his sour attitude. Neeson is OK here, in a gruff, whiskery way. The chief plot mechanism is that Robert and Jack have just never dealt properly with their grief; they must come clean with their feelings before they can move on. Eventually, it happens. But remember—we’re here for the scenery! Written and directed by James D’Arcy, who has worked mostly as an actor (this is his directorial debut) and shot by cinematographer Mike Eley, Made in Italy treats us to views of rolling, verdant hills and many, many delightfully pointy cypress trees. Sunlight hits the bricks of the decrepit villa just so—forget cleaning it up, almost anybody would be ready to move right in. Visually, Made in Italy is reminiscent of another escape-to-Italy romance, Audrey Wells’ 2003 Under the Tuscan Sun, starring Diane Lane (and also featuring Duncan). As these types of fantasies go, that movie was as satisfying as a deep sigh. Made in Italy is less so. But remember—we came for the scenery! And on that score, Made in Italy is a low-cost souvenir of the Tuscan-villa dream so many of us harbor, without the headaches of rewiring old electrical systems or fixing broken shutters.