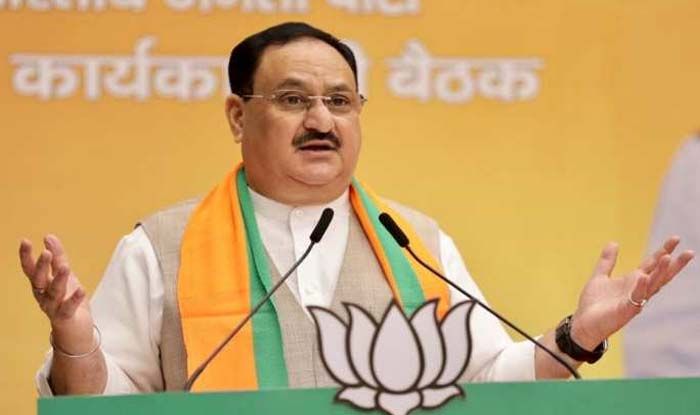 New Delhi: Bharatiya Janata Party president JP Nadda on Sunday arrived in Bihar to campaign for the upcoming Bihar Assembly Election 2020 and recalled the enormous contribution of Jai Prakash Narayan, the founder of Janata Party, who gave the country an ideology different from that of the Congress. Also Read – ‘Communal Colour For Partisan Interest’: Bengal Govt Hits Back After Cops Accused of Mishandling Sikh Man

“Those leaders who became a politician and a three-time CM with the blessings of Jayaprakash Narayan – the man who formed Janata Party by sidelining Congress – are now hugging Congress and going ahead today,” the BJP president said at a gathering in Gaya. Also Read – Insult to Sikh Community, Says BJP After Video of Man Being Manhandled by West Bengal Cops Goes Viral

The BJP campaign today is being conducted as a tribute on Jai Prakash Narayan’s birth anniversary.

Earlier today, Nadda was given an enthusiastic welcome by state BJP leaders and workers at the Patna Airport. The BJP chief sent straight to the famous Mahaveer temple near the Patna station complex and offered prayers. He also visited JP’s residence in Kadamkuan.

Talking to reporters, the BJP leader said, “I am fortunate that today, on JP’s birth anniversary, I have the privilege of visiting his house in Patna.”

He pointed out that it was from Patna that JP worked against corruption and nepotism by the then Congress government and that after JP was jailed during the Emergency, he and other party leaders used to take inspiration from his place.

Nadda also recalled the contribution of Padma Vibhushan Nanaji Deshmukh, saying that the renowned social worker did not get the dignity in Indian politics which he received by doing social work.