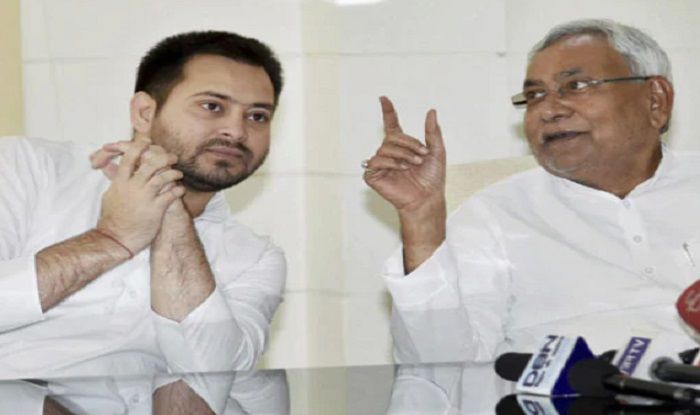 New Delhi: As polling to the 243 constituencies in Bihar closed at 4 pm, all eyes are now on the television screens as the exit polls are set to begin. Notably, the Election Commission of India (ECI) has imposed a complete ban on post-poll prediction telecast during the Vidhan Sabha elections and the by-elections. Also Read – Bihar Assembly Election 2020: Polling Booth Officer in Aurai Dies of Heart Attack

In 2015, all pollsters, except Axis APM had underestimated the Mahagathbandhan (grand alliance– JDU+RJD+Cong) and had predicted a comfortable majority for the BJP-led NDA. Also Read – Bihar Elections 2020: Tehseen Poonawalla Files Complaint With EC Over ‘Communal Remark’ of PM Modi

However, when the final results came the grand alliance stunned all by winning 180 seats altogether of the total 243 seats.

While the Axis APM predicted 169-183 seats for the Grand Alliance and 58-70 for the National Democratic Alliance (NDA), Today’s Chanakya had given a 2/3rd majority to the Bharatiya Janata Party (BJP)-led NDA with 144-166 seats.

How exit polls are conducted?

A post-voting poll conducted soon after a voter walks out after casting his/her vote is known as an exit poll. It aims at predicting the result based on the information collected from voters. They are conducted by a number of organizations. Sampling is the basic step to predict exit polls.

Zee News will come up with exit poll results of Assembly and by-elections that will give a clear picture of what the people have decided.

The Live streaming of the ZEE News is available here https://zeenews.india.com/hindi/live-tv.

Stay tuned to this place for 360-degree coverage on each and every seat of the state.