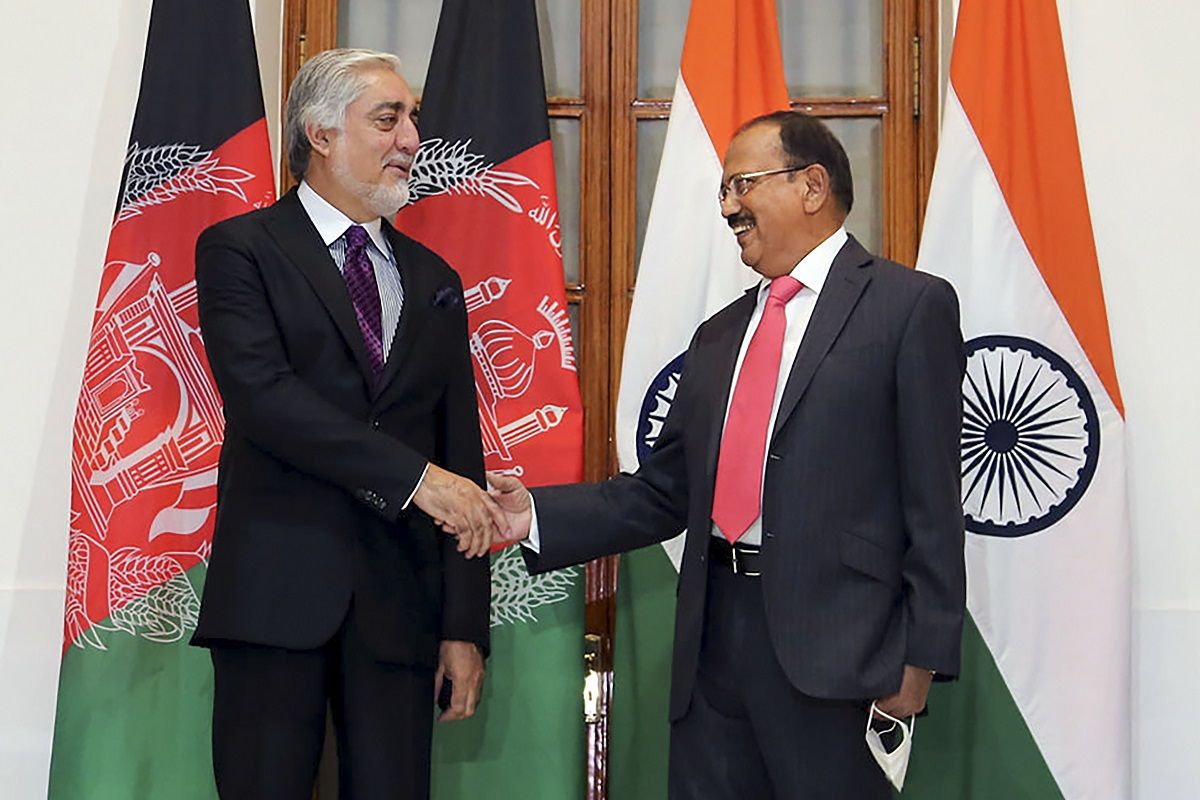 New Delhi: Head of Afghanistan’s peace council Abdullah Abdullah, who is in India for a five-day visit on a crucial peace initiative, on Wednesday held talks with National Security Advisor Ajit Doval as they discussed the process for an independent, democratic, sovereign and peaceful Afghanistan where no terrorists can operate. Also Read – Two Indian Nationals, Released From Captivity in Afghanistan on July 31, Return to India

“He further stated that his country is in favour of an independent, democratic, sovereign and peaceful Afghanistan, where no terrorists can operate. I thanked India for the invitation, its continued support for Afghanistan, and its constructive role in peace efforts,” he wrote in a subsequent tweet. Also Read – China Proposes 4-Point Action Plan to Pakistan, Afghanistan, Nepal; Defends WHO Over COVID-19 Crisis

Subsequently, NSA Ajit Doval also hosted dinner in honour of the Afghan guest, who is the Chairman of High Council for National Reconciliation of Afghanistan.