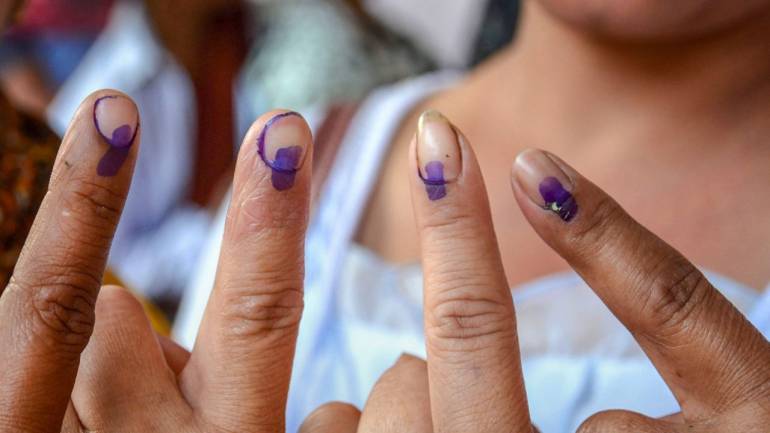 Jaipur: More than 16 per cent votes were polled till 10 am in the second phase of polling for three municipal corporations in Rajasthan on Sunday, the state election commission said. Also Read – Rajasthan Government Tables Three Bills to Negate Impact of Centre’s Farm Laws

Polling started at 7.30 am and will continue till 5.30 pm. The votes will be counted on November 3, the spokesperson of the commission said. Also Read – Rajasthan polls: Pilot says people have expressed anger against BJP

Till 10 am, 16.66 per cent votes were polled, the official said. Also Read – Rajasthan polls: Gelhot says party is priority, not CM post

According to the official, 18.27 per cent polling was recorded in Jodhpur south, 18.17 per cent in Kota south, and 15.76 per cent in Jaipur Greater municipal corporation till 10 am, he said.

More than 19.45 lakh voters will decide the electoral fate of 1,287 candidates for ward councilor at 3,211 polling stations in 310 wards.

On October 29, the first phase of voting was held in Jaipur Heritage, Kota North and Jodhpur North municipal corporation.