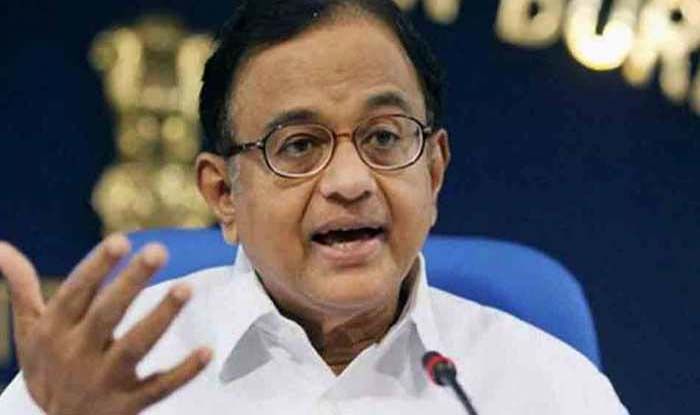 New Delhi: Senior Congress leader P Chidambaram on Sunday saluted the ‘unity and courage’ of the six political parties of Jammu and Kashmir, including his own party, for putting aside their differences and coming together to fight for the restoration of Article 370, as well as that of statehood of Jammu and Kashmir. Also Read – Jammu And Kashmir: Leaders Unanimously Call For Restoration of Statehood, Article 370

“Salute the unity and courage of six mainstream opposition parties who came together yesterday to fight the repeal of Article 370”, the former Union Minister tweeted today, further appealing to them to stand ‘resolutely’ behind their demand. Also Read – ‘Abrogation of Article 370 India’s Internal Matter, Other Nations Have no Business,’ Says Venkaiah Naidu

Salute the unity and courage of six mainstream Opposition parties who came together yesterday to fight the repeal of Article 370 Also Read – One Year of Article 370 Scrapped: Amid Ram Mandir Fervour, Jammu And Kashmir Recalled Its Separation From Ladakh

“Ignore the uninformed criticism of self-styled nationalists who do not read history but try to re-write history”, the 74-year-old leader said in a subsequent tweet.

“The Constitution of India contains many examples of special provisions for states and asymmetric distribution of power. How will the government resolve the Naga issues if it is against making special provisions?”, he concluded.

How will the government resolve the Naga issues if it is against making Special Provisions?

Under ‘Gupkar Declaration’, signed on August 4, 2019, political parties of the-then unified state of Jammu and Kashmir had resolved to protect its special status, as guaranteed under Article 370 of the Constitution. The declaration had come in the backdrop of the Centre rushing thousands of paramilitary troops to the Valley, triggering fears that Article 370 was going to be abrogated.

This was followed by arrests of several mainstream leaders and imposition of communication curbs in the region. Since then, while several leaders have been released, others, including former Chief Minister Mehbooba Mufti, remain in detention.

Communication curbs, meanwhile, are being lifted gradually but are yet to be fully removed.