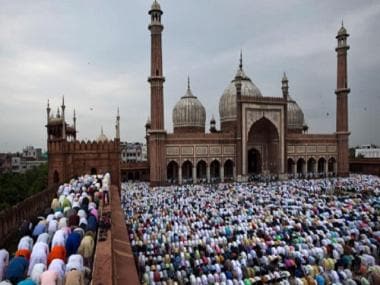 PETA has sent out letters to DGPs of all states and UTs, urging them to take precautionary measures to stop illegal transport and killing of animals ahead of Eid.

People for the Ethical Treatment of Animals (PETA) India has once again urged states to stop illegal transport and slaughtering of animals ahead of the celebration of Eid al-Adha,

In the lead up to Eid, PETA India once again urges states to stop illegal transport and slaughtering of animals. #AnimalRights #StopAnimalSacrifices #Compassion #GoVegan

As per a PETA blog, the organisation has sent out a round of letters to directors general of police of all state governments and Union Territories, urging them to take precautionary measures to stop illegal transport and killing of animals leading up to Bakri Eid or Eid al-Adha.

The letters highlight two points regarding sacrifice of animals. One states that the Supreme Court has ruled that animals can only be slaughters in licensed slaughter houses, and that killing of camels for meat is also not permitted. The blog states that the laws on the transportation of animals are also frequently violated during the festival.

In a statement to news agency IANS, PETA India Advocacy Associate Pradeep Ranjan Doley Barman stated that all religions call for compassion and none require killing or eating animals, adding, “hacking them to death with weapons is just plain cruel.” Barman said that state governments have a duty to uphold and enforce India’s animal protection laws.

However, this is not the first time that an organisation has asked for a ban on animal sacrifice during Eid al-Adha. Last year, the United Shia Movement urged people to not sacrifice animals as the festival fell on the last Monday of Sawan. KH Naqvi, General Secretary, United Shia Movement had stated that they have appealed to people to not conduct animal sacrifice and only do namaaz as the festival was clashing with a day when a lot of people visit temples.

Last year also saw a group of animal rights activists called Sarvadharm Jeevdaya Samilti in Gujarat’s Vadodara purchase goats and sheep from animal markets across the state in order to ‘rescue’ them from slaughter during Eid al-Adha.

Eid al-Adha commemorates the story in Quran when God in Ibrahim’s dream and commanded him to sacrifice his son as an act of obedience. As Ibrahim was about to follow through with the act, God stopped him and gave him a lamb or sheep to sacrifice in place of his son. To commemorate God’s test of Ibrahim’s piety, many Muslim families have an animal slaughtered during the festival and distribute its meat to family, neighbours and the poor.