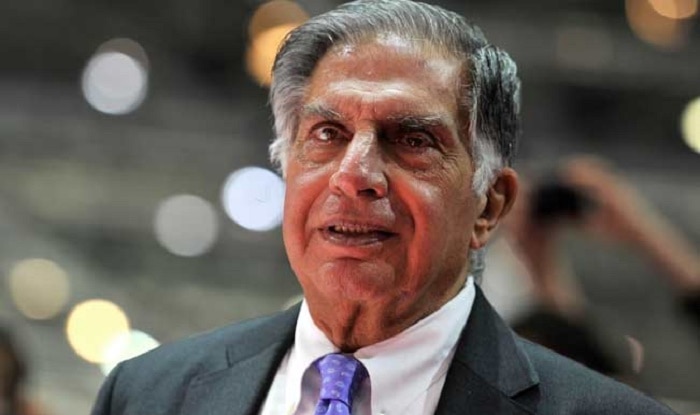 Mumbai: Ratan Tata has cited the surge in the shareholding value of Cyrus Mistry’s family in Tata Sons to counter Mistry’s allegations of oppression of minority shareholders in the group. Also Read – ‘Not the Time to Pull Each Other Down’: Ratan Tata Speaks Against Online Hate, Appeals For Kindness & Empathy

In his rejoinder affidavit filed in the Supreme Court in response to the affidavit filed by Mistry, Tata said that the Shapoorji Pallonji Group’s Rs 69 crore investment in 1965 stood at Rs 1 lakh crore in December 2016 as per the Mistry family’s own admission. In the last three years, that value has increased further to Rs 1.5 lakh crore as pleaded in their recently filed cross-appeal. Also Read – Ratan Tata Calls Death of Pregnant Elephant in Kerala a ‘Mediated Murder’, Says ‘Justice Needs to Prevail’

“Assuming, without admitting in any manner these figures as true, that in Mistry family’s own assessment, the value of the shareholding in Tata Sons has increased by more than 2,100 times. There will be few parallels of this rise in shareholder’s value in the company. That such a shareholder can still call itself ‘oppressed’ is an unfathomable irony of this entire case,” Ratan Tata said. Also Read – Tata Trusts Upgrades 4 Govt Hospitals Into COVID-19 Centres, Facilities to be Availed in Maharashtra-UP From June

Ratan Tata, the Chairman Emeritus of Tata Sons, further alleged that Mistry has created a smokescreen of oppression and mismanagement.

Ratan Tata said that the issues raised by Mistry are about the personal grievance of the loss of office and as the grievance has its legal limitations, he has created this smokescreen to gain legal mileage.

Saying that it is a personal grievance, Ratan Tata said: “Knowing well the limitation of such a grievance — which at the highest could be a directorial dispute or an employment dispute — Cyrus Mistry has created a smokescreen of ‘oppression and mismanagement’ around it.”

Rata Tata said that Mistry was appointed by the Board of Chairmen in 2012 following an assessment by the Selection Committee and the same board four years later decided, in near unanimity, to replace him from the position.

He noted that Mistry was initially requested to step down from the position.

“This was a dignified way in which responsible Boards handle such decisions and how mature business leaders, despite personal disagreement with such decisions one might have, accept such decisions with grace,” Ratan Tata’s rejoinder said.

However, Mistry declined the request and a resolution then had to be brought before the Board to remove him, which was passed with near unanimity.

He said that Mistry’s grievance that no reason was recorded in the minutes of the board meeting in support of the resolution passed by the Tata Sons board on October 24, 2016 was not true.

Mistry is fighting a legal battle against Tata Sons over his ouster from the group. He is also seeking proportional board representation as the largest shareholder in Tata Sons.

Last December, the NCLAT had ordered the reinstatement of Mistry as Tata Sons Chairman. However, Mistry later said that he was not pursuing Tata Sons’ top position, but would fight for the rights of the minority shareholders of Tata Sons.