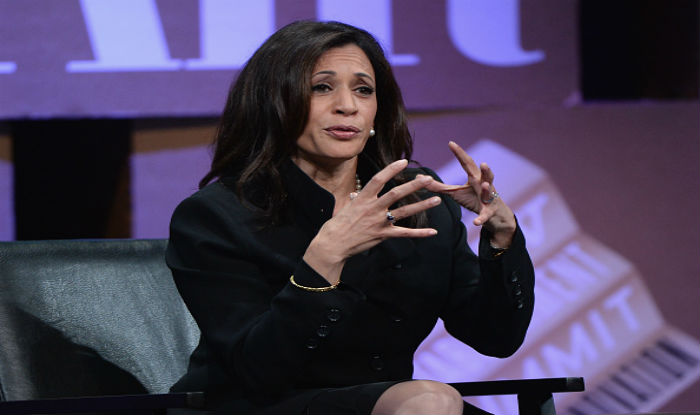 Washington: The Republican Party is doing everything in its power to suppress and attack the voting rights of people of colour, India-origin senator and Democratic Party’s vice presidential candidate Kamala Harris alleged on Wednesday. Also Read – Mike Pompeo Slammed For Upcoming RNC Speech From Jerusalem

Paying tributes to all the courageous women throughout history who fought for voting rights, Harris, in an op-ed on the occasion of Women’s Equality Day, said that but for the 19th Amendment, neither she nor her mother from India would have been able to exercise their right to vote. Also Read – TikTok Threatens to Challenge Trump’s Executive Order Banning Video App in Court

If I had been alive in 1920, I might not have been allowed to cast a ballot alongside white women. Neither would my mother, an immigrant from India, who first taught me how sacred our vote is, Harris, 55, wrote in her op-ed. Also Read – US Election 2020: Kamala Harris Scripts History as Vice President Pick, Blasts Trump For Turning ‘Tragedies Into Political Weapons’

She is the first woman of colour and first American of Indian descent to have been nominated by a major political party as a vice presidential candidate.

It would be another 45 years until the Voting Rights Act protected the voting rights of millions of more voters of colour and an additional 10 years until Latinas and Indigenous women were no longer subject to literacy tests, she said.

In her op-ed, Harris alleged that the Republicans are once again doing everything in their power to suppress and attack the voting rights of people of colour.

They are deploying suppressive voter ID laws, racial gerrymandering, voter roll purges, precinct closures and reduced early-voting days all of which have been laser-targeted toward communities of colour since the Supreme Court gutted the Voting Rights Act in 2013, she alleged.

And this year, Republicans are also spending millions on every scare tactic and trick in the book. Most visibly, they are doing what they can to take advantage of a pandemic that the president cannot, or will not, get under control.

They are spreading misinformation about voting by mail a safe and secure voting option and they have been caught trying to politicise the US Postal Service, Harris said.

Meanwhile, the president himself has already requested a mail-in ballot this year and encouraged his supporters to do the same in places where he needs a political advantage to win. This double standard is not right and cannot stand, she wrote.

The Biden campaign, she said, is committing the resources needed to beat back voter suppression.

We need to make sure that everyone who’s eligible to vote is able to do so and that their vote is counted, she said.

Her campaign is working with election officials across the country to add early-voting locations, she said.

Where possible, we’re providing absentee ballot request forms with prepaid postage and tracking applications to confirm they were submitted, in accordance with state laws. And when necessary, we’ll go to court to protect everyone’s right to access the polls and safely cast their ballot in person or through the mail, Harris said.

Notwithstanding the current crises, the Biden-Harris administration will pass the John Lewis Voting Rights Act and fulfill the promise embodied in the 19th Amendment, she said.

In a separate statement on Women’s Equality Day, Democratic presidential candidate Joe Biden, the former vice president, and the former second lady Dr Jill Biden joined Americans in celebrating the long line of women who have reached out through history as fearless, ambitious trailblasers to deliver a better future for America’s daughters.

From the suffragists, to the labour organisers, to the women who continue to lead the fight for the Equal Rights Amendment, and from the glass-ceiling breakers to the women in every workplace who have to fight twice as hard just to prove their basic dignity every single day, American women have pushed this country forward, one step at a time, they said in a joint statement.