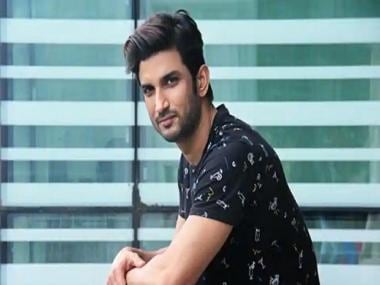 CBI had earlier taken Sushant Singh Rajput’s flatmate Siddharth Pithani, cook Neeraj Singh and domestic help Deepesh Sawant to the actor’s flat to reconstruct the sequence of events before he was found dead there on 14 June.

Pithani, Neeraj and Sawant reached the DRDO guest house at Kalina in Santacruz, where the Central Bureau of Investigation (CBI) officials probing the case are staying, in the morning, he said.

These three persons were present in Rajput’s house at Mont Blanc Apartments in suburban Bandra when the 34-year-old actor was found hanging in his room on 14 June.

A Mumbai Police team also went to the DRDO guest house in the morning, the official said.

The CBI team also called Rajput’s chartered accountant for information about his financial transactions, he said.

On Monday, the CBI team visited a Mumbai-based resort where Rajput is said to have spent a couple of months, and also questioned Pithani, Neeraj, and Sawant.

The CBI officials had on Friday recorded the statements of Pithani and Neeraj.

On Saturday, the probing team took Pithani, Neeraj, and Sawant to Rajput’s flat to reconstruct the sequence of events before he was found dead on 14 June.

The three were again taken to the flat on Sunday and were also questioned by the CBI at the DRDO guest house.

The Supreme Court last week upheld the transfer of an FIR, lodged by Rajput’s father in Patna against actor Rhea Chakraborty and others for allegedly abetting his suicide, to the CBI.

After Rajput was found hanging in his apartment in June, the Mumbai Police registered a case of accidental death.

Later, Rajput’s father filed a police complaint in Patna, accusing Chakraborty and her family of abetting the actor’s suicide and misappropriating his money.

A collection of Suicide prevention helpline numbers are available here. Please reach out if you or anyone you know is in need of support. The All-India helpline number is: 022 2754 6669

(With inputs from Press Trust of India)