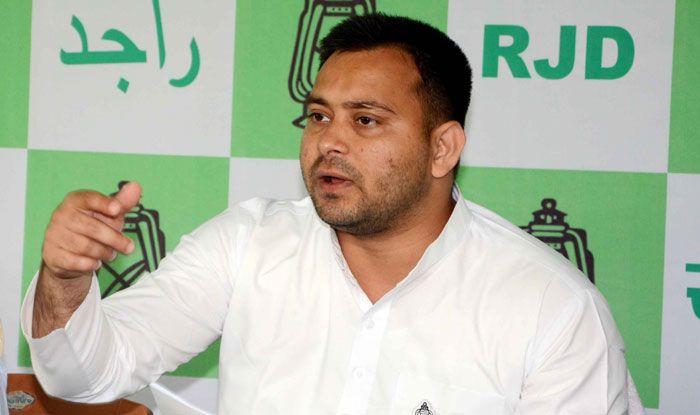 He also claimed that people have started hating the chief minister. “The crowd at our rallies show that people are not just angry with Nitish Kumar but they hate him now, this is the level of their angst. Keeping aside caste, creed, class & religion, people are contesting polls now on the issue of unemployment”, Yadav told news agency ANI.
Also Read – Bihar Assembly Election 2020: Those Who Spent Time Encouraging Jungle Raj…, Nitish Attacks RJD, Refrains From Talking About Paswan

Notably, as the election date is nearing in Bihar, the political temperature is soaring up, with leaders attacking each other. Earlier on Saturday, CM Nitish had taken a jibe at RJD while addressing a poll rally in the state. Also Read – Bihar Assembly Election 2020: Check Voting Date In Your Constituency

“Those who neglected education, health and roads construction and spent time in encouraging ‘jungle raj’ are today talking about development…its nothing but a joke,” Nitish said in an apparent reference to RJD leader Tejashwi Yadav.

Launching a veiled attack on Yadav, who is class 9th dropout, the chief minister stated, “we want everybody to study but a few persons want to get everything without education.”

He also mocked RJD’s promise of creating 10 lakh government jobs in the state, saying some people who do not even have knowledge of alphabets or experience are talking of providing jobs to others…this is laughable.

On the other hand, Yadav yesterday had attacked the Bihar government while addressing a large election meeting at Krishnananda Stadium of Sultanganj assembly constituency in favour of the Grand Alliance-backed Congress candidate Lalan Yadav.

Speaking in Bhojpuri, Yadav said Nitish Kumar had been in power in Bihar for 15 years but no work has been done in the last 10 years.

The RJD leader said the youth in Bihar were kept away from employment. When the migrant youth returned to Bihar during the pandemic, the chief Minister was locked in his room instead of speaking with them. He has now ventured out when it is time to seek votes.