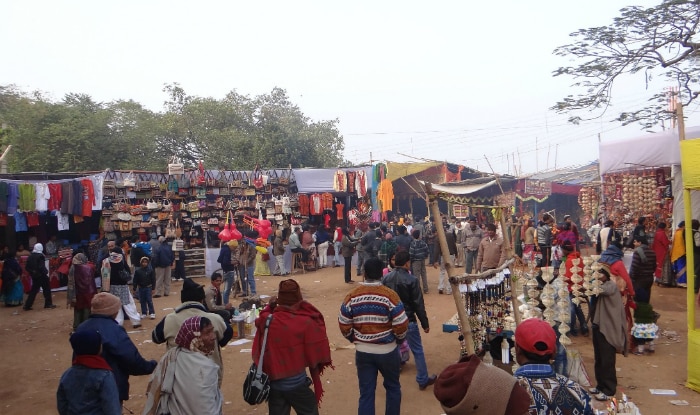 New Delhi: The Viswa Bharati University in West Bengal on Tuesday released a statement seeking a CBI inquiry into the protest and vandalism that took place yesterday on the grounds of iconic Poush Mela that has been cancelled this year. Also Read – ‘Nothing Should Destroy Culture, Heritage of Bengal,’ Says Mamata Banerjee on Protests at Viswa Bharati

“The university will request a CBI inquiry to look into the vandalism by miscreants on 17th August, 2020 in the campus. We condemn the Police inaction despite having intimidated well in advance the DM and SP of Birbhum, CS, Home Secretary of West Bengal and Gautam Sanyal, the PS to the Chief Minister of West Bengal,” Viswa Bharati stated. Also Read – West Bengal: Protests Erupt Against Boundary Wall Construction at Poush Mela Ground in Viswa Bharati

“Unless miscreants who committed vandalism with TMC leaders at lead are booked and we’re at ease on campus through the creation of conditions in which we will be free from bodily-harm and humiliation perpetrated by outsiders, Visva Bharati will remain closed,” the statement added. Also Read – Ban on Flights to Kolkata From Six Cities Extended Till August 31

Earlier on Monday, a 1,000-strong mob ransacked the Visva Bharati campus in West Bengal’s Birbhum district over the construction of a boundary wall, allegedly to prevent access of people to the Shantiniketan ground.

The university authorities had decided to fence the Poush Mela ground as the carnival stood cancelled and the construction work started in the morning.

However, scores of irate locals, under the banner of Save Poush Mela Committee, barged onto the ground and vandalised temporary shelters, plastic chairs and other structures that were installed there on a temporary basis. They also dismantled one of the varsity gates using a JCB machine.

Students, alumni and local people also held a sit-in demonstration before the ‘Upasana Griho’ (Prayer hall) of the varsity protesting alleged prohibition of people to the ground where the iconic Shantiniketan carnival attracts a massive footfall every winter.

Poush Mela stands scrapped for this year after its ‘bitter experience’ with local traders in the last two years. There were tussles between the Viswa Bharati authorities and local traders and artisans in the past for making the latter comply with National Green Tribunal (NGT) guidelines.