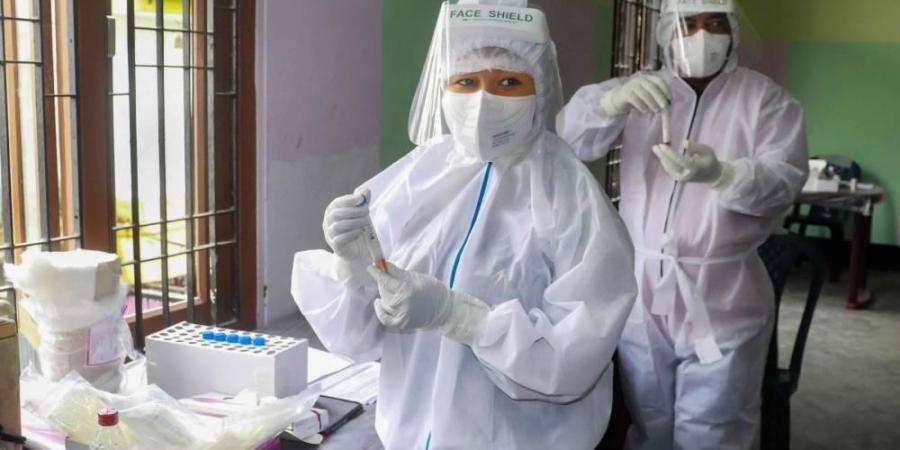 New Delhi: The national capital recorded 28 Covid-19 fatalities on Sunday, which pushed the death toll due to the disease past the 6,000-mark, while with 3,299 fresh cases, the city’s infection tally climbed to over 3.31 lakh, authorities said. Also Read – Delhi COVID Update: Over 4000 Cases Within 24 Hours; Containment Zones Rise to 1488 | Check Full List Here

The fresh cases came out of the 49,414 tests conducted the previous day. Also Read – No Lockdown But Still Remarkable Improvement, Centre Will Ask States to Follow Delhi COVID-19 Model

The number of containment zones in the city slightly increased to 2,770 from 2,751 on Saturday.

It said 884 beds in Covid care centres are occupied by persons under quarantine, including travellers who have returned under the Vande Bharat Mission and by flights operated under bubble arrangements formed with other countries.

The Delhi government has significantly ramped up testing in the last few days, with the count crossing the 60,000-mark several times.

The number of Rapid Antigen Tests conducted on Sunday was 34,908 while the total number of RT-PCR, CBNAAT and True NAAT tests was 14,506, adding to 49,414, according to the bulletin.

The bulletin said 3,01,716 patients have recovered, have been discharged from hospitals or have migrated so far.

Since September, the number of daily cases began to rise in the city. From the last week of September, it started to come down a bit.

The number of people in home isolation slightly rose on Sunday to 13,742 from 13,436 on Saturday.

The national capital had recorded 35 COVID-19 fatalities on Saturday, taking the death toll to 5,981, while 3,259 fresh cases had pushed the infection tally to over 3.27 lakh, authorities said.