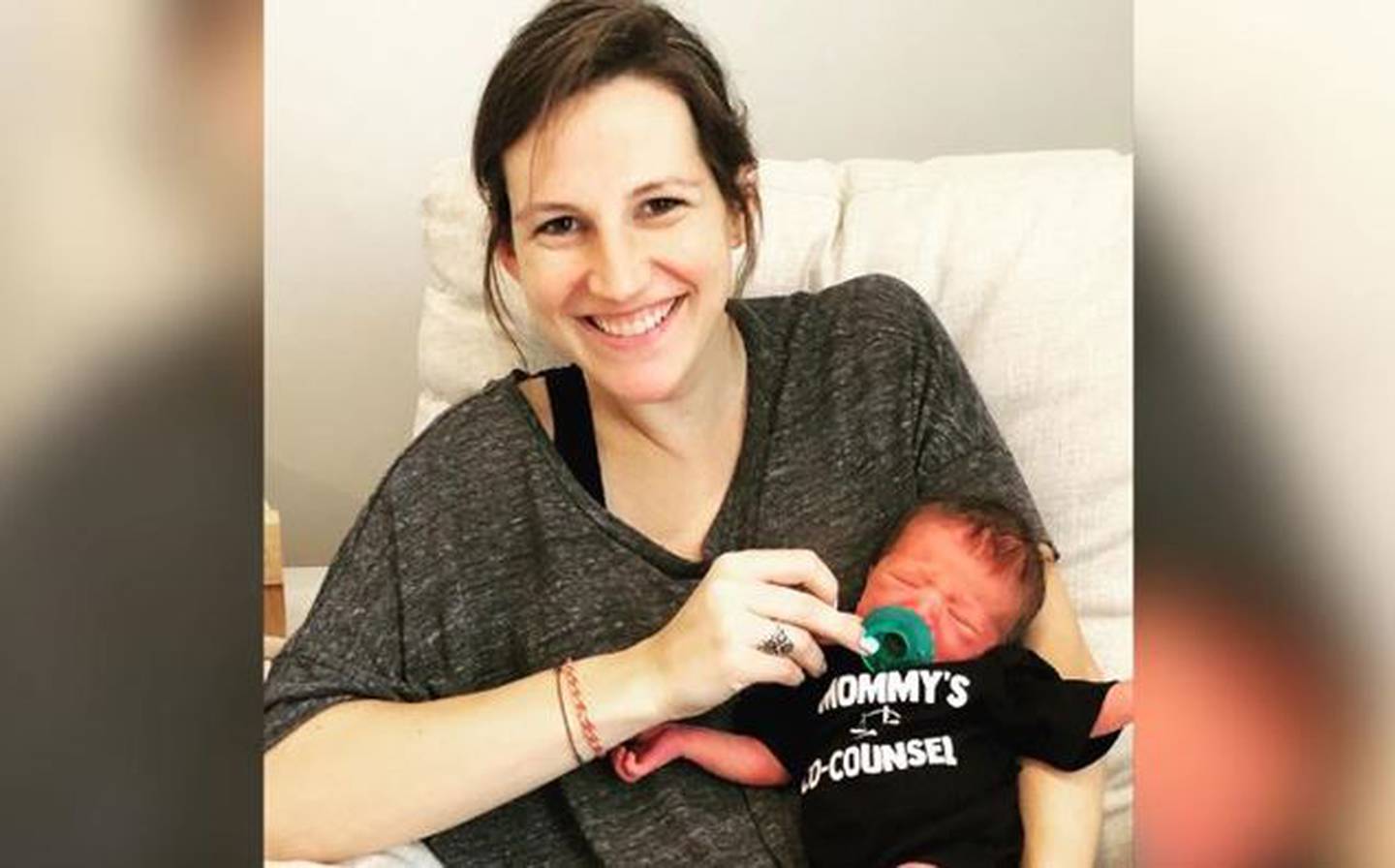 Seems impossible to believe but a woman in woman in Illinois, United States went into labour and gave birth to a son while in the midst of her bar exam. Also Read – Dedication to Duty: IAS Officer Rejoins Work 14 Days After Delivery, Carries Newborn Baby to Office

Brianna Hill, a graduate of Loyola University of Chicago Law School, was supposed to take her bar exam in July but it got postponed due to COVID-19. On October 5, Hill had to sit the bar exam remotely from home, while she was nearing the end of her pregnancy.

When she had just started taking the exam, Hill went into labour but didn’t realise it until she finished the first section of the exam. As she stood up, she realised that her water had broken, following which she called up her husband, midwife, and mother.

She finished the 2nd part (day one) of the exam and went to the hospital, where she gave birth to a healthy baby boy five hours later. Hill told NBC Chicago that going into labour actually helped with the test because it put things into perspective and calmed her nerves.

“I thought I would only be 28 weeks pregnant when I took the bar, so when it got pushed to October and I was going to be 38 weeks, I joked about taking the test from my hospital bed,” Yahoo News quoted her saying.

Meanwhile, she still had the second day of the exams left to complete. And luckily, she was allowed to take the test in an empty room in the hospital where she nursed her son in between breaks.