By June, Ella Mitchell, a 30-year-old in Minneapolis, was getting tired of the partisanship of election season. “There’s a lot of really touchy conversations with family members and people in my life with different views,” she says now. Still, she wanted to “help the whole democratic process,” and she was unemployed, having just finished a graduate degree in urban studies and about to kick off her job hunt. So she did something she saw as politically neutral: she signed up to work at a polling station for the primary election this summer.

The three-hour training at Minneapolis City Hall was socially distanced but overwhelming. “It was sort of an onslaught of information, frankly. Lots of technical details about how the ballot box works, what we can and can’t tell voters when they ask us questions, what we can answer them,” Mitchell says. “And then the mechanics of how you can set up the big machines where you insert your ballot in the slot and it counts it. I was like, ‘Oh no, will I be able to remember all this?’” But she and the seven other poll workers at the Hennepin County church ended up having a doing just fine helping about 150 local voters cast their ballots. “It was much less intimidating once I actually got there,” she says. “They’re such community places.”

This year’s organized push for poll workers is new to the U.S. election landscape. More than 500,000 people have signed up to become first-time poll workers through recruitment organization Power the Polls alone, over half of them under the age of 40; others have connected directly with their local elections officials. With efforts like a Sept. 1 National Poll Worker Registration Day and the support of non-profits, corporate initiatives and celebrity endorsements from the likes of Trevor Noah and Billie Eilish, even Chairman of the Election Assistance Commission Ben Hovland has a rosier outlook this election season, and tips his hat to youth organizing in particular. “So many [jurisdictions] are in such a better place than we were in the summer in terms of sign ups,” he says.

In 2016, over 910,000 poll workers came together to staff in-person polling stations. (It’s not always volunteer work; many states offer hourly compensation.) The majority of those poll workers—85%—were over the age of 60. During this summer’s primary election, about 70% of voting jurisdictions reported difficulty in staffing, according to the U.S. Election Assistance Commission (EAC); as many as 90% of older poll workers, many of whom have made it a regular tradition, were unable to help out due to their increased risk of contracting COVID-19. With the 2020 general election just weeks away, election officials know it’s vital that young, healthy people step into this gap—and hopefully form a new generation of civic-minded citizens.

Mitchell has already committed to poll working again; even with a new job as an urban planner at a non-profit, she’s requested time off to take part on Election Day. “I was struck when talking with the other poll workers at my location [this summer], most of them had been doing it for years and years,” she says. “That’s just what they do. That would be a nice tradition to keep doing in perpetuity.” Of nearly a dozen other first-time poll workers TIME spoke with for this story, all were planning to continue their civic engagement in future years.

Not all young people looking to do work the polls have had such an easy time. Some jurisdictions in states like California, Pennsylvania and North Carolina have been so inundated with applications, they’ve been turning away volunteers—and not just in urban centers. TIME heard from eager applicants in Buncombe County, NC, Bucks County, PA and parts of northern and southern California who are still struggling to get staffed. 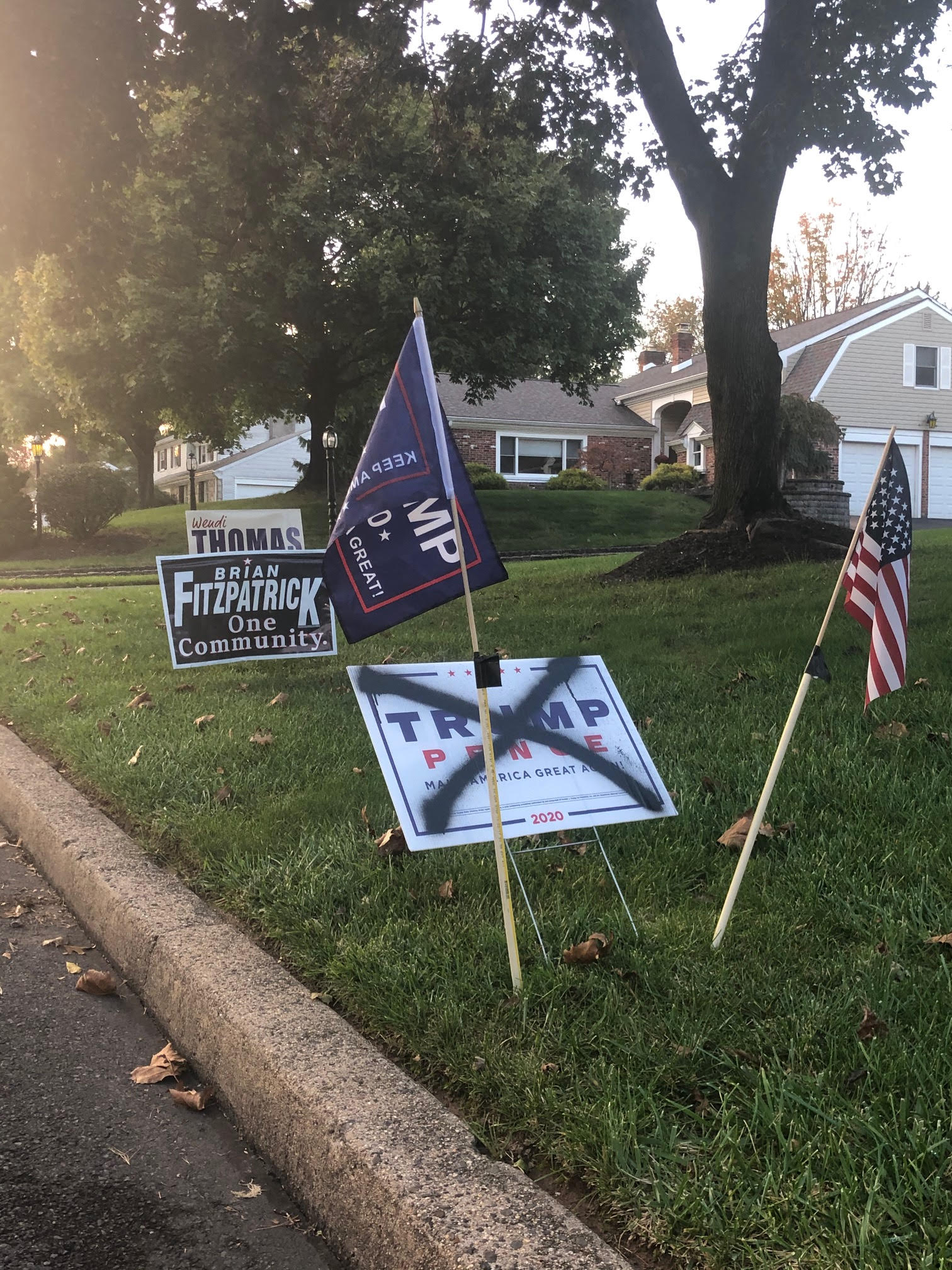 Kathryn Jankowski, 29, is still waiting to hear back this week if she is able to volunteer at her home county, Bucks County, in Pennsylvania, after applying through a family friend in September. Hillary Clinton took her home jurisdiction by fewer than 2,000 votes in 2016, and the energy has only ramped up this year, leading to high interest in poll work. “Our area is so cluttered with TV messaging and lawn signs. Every other house is a different standpoint,” she says. The primaries this summer were a “bit clunky,” she says, referring to voter confusion about the relatively new ballot system that had been put in place; some of the older poll workers, she says, didn’t have a great grasp on the voting technology. “Nobody’s taking this for granted; 2016 took us by surprise,” Jankowski says. “It’s almost a cliche: I don’t want to wake up on November 4th and think I could have done something.”

These new voting technologies—and digital-only trainings—are another reason organizations are calling for younger poll workers. Dalton Lucas, a college junior, was just appointed the chief of his polling station, the Fairfield United Methodist Church in High Point, North Carolina. It will also be the first time he’s been a poll worker—and the first time he’s voted in a general election altogether. He’s still awaiting his online training session, and has been told there will be further preparations in his precinct the day before the election. He doesn’t sound worried that he’ll mostly be prepped virtually. On the contrary, Lucas and young people like him—including many teens around the country; some jurisdictions set the poll worker age as low as 16—have made headlines for their engagement this year.

“I knew I wanted to do something to make sure every North Carolinian who wanted to vote would be able to,” Lucas says; he’s also part of the Campus Vote Project, a national organization that coordinates college student voting plans. “We’re really excited about it, and as young people we really want to contribute.” 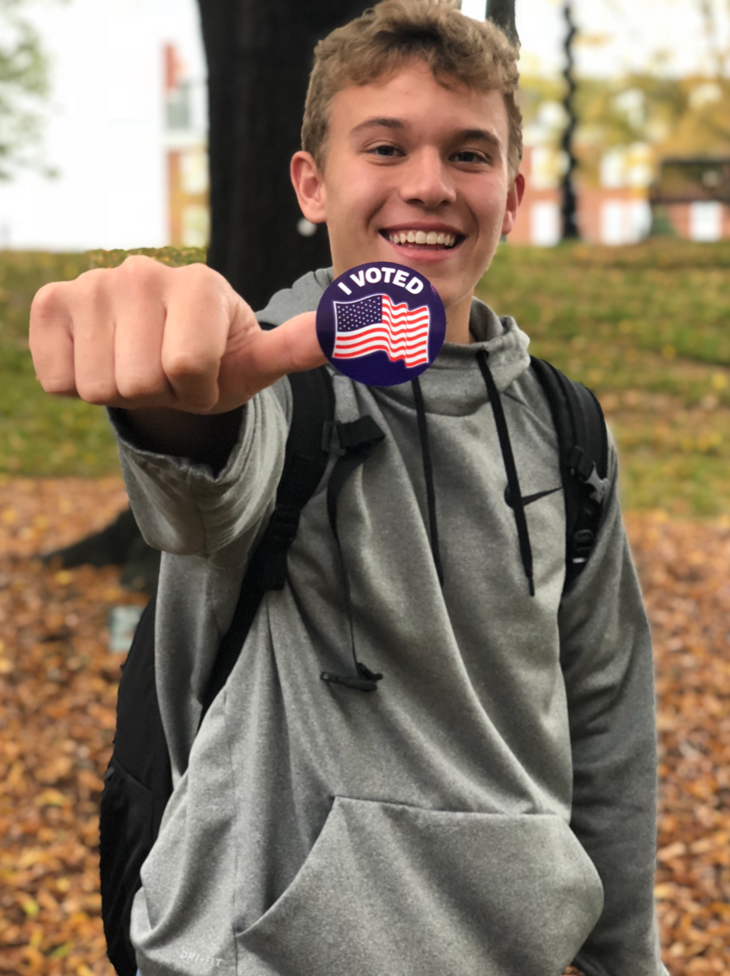 Dalton Lucas, a student at High Point University in North Carolina, voted in his first election in 2018. He’s the chief of a polling station for 2020.

Those who have gotten signed up and trained have heard talk in the media of potential violence at the polls. President Trump has called for his supporters to keep an eye on their polling locations, and groups like the white supremacist organization the Proud Boys have been the alleged sources of recent voter intimidation. But none of the poll workers who spoke to TIME expressed serious concerns about interference, nor had they witnessed it at early voting locations. “It sort of makes me nervous in a larger sense,” says Mitchell, “but when I think of the poll station where I work, the polling places that I know of… I feel like everybody knows each other.”

EAC Chairman Hovland backs up Mitchell’s observation. “From our partners in law enforcement, I’m not hearing anything,” he says. “The biggest thing is, there are rules and laws and parameters that govern who can be in the polling place.” Further, 48 states mandate that workers are split across party lines, ensuring a bipartisan experience. Hovland is more concerned about misinformation and disinformation spreading at large in advance of Election Day, he says—a concern that was validated this week when intelligence officials announced that Russia and Iran had acquired U.S. voter information for targeted misinformation. Still, he maintains that working in an election is the easiest way to be reminded of the checks, balances and security measures that are built into the democratic process.

“Poll workers are really the unsung heroes of our democracy,” Hovland says. “You have the chance to be the customer service face of our democracy.” Including more young people means there will be more friendly faces for first-time voters to relate to, even if they don’t have prior experience. College student Charles Conner, who will be a first-time poll worker this year, put it a little more bluntly: “It’s a job that needs to be done. It’s good work, it helps your community, and you’re rewarded for your efforts.”

In elections past, the biggest concerted effort from non-partisan groups has usually been to get out the vote. But this year’s push for new poll workers, supported by upstart organizations like Power the Polls and the Poll Hero Project and more established groups like the Campus Vote Project, has been fruitful. In June, Scott Duncombe, now the co-director of Power the Polls, had the modest goal of recruiting 1,000 new poll workers to hand out free pizzas to people waiting in line to vote through his Pizza to the Polls organization. That snowballed: after teaming up with other groups recruiting poll volunteers, Power the Polls has surpassed their targets for sign-ups every month so far. It’s exciting from a civic engagement perspective, but he’s trying to keep his efforts focused on making sure everyone is “having a good time and not get wrapped up in the anxieties that a lot of people are feeling right now.” That focus on fun might be the secret to the organization’s success. 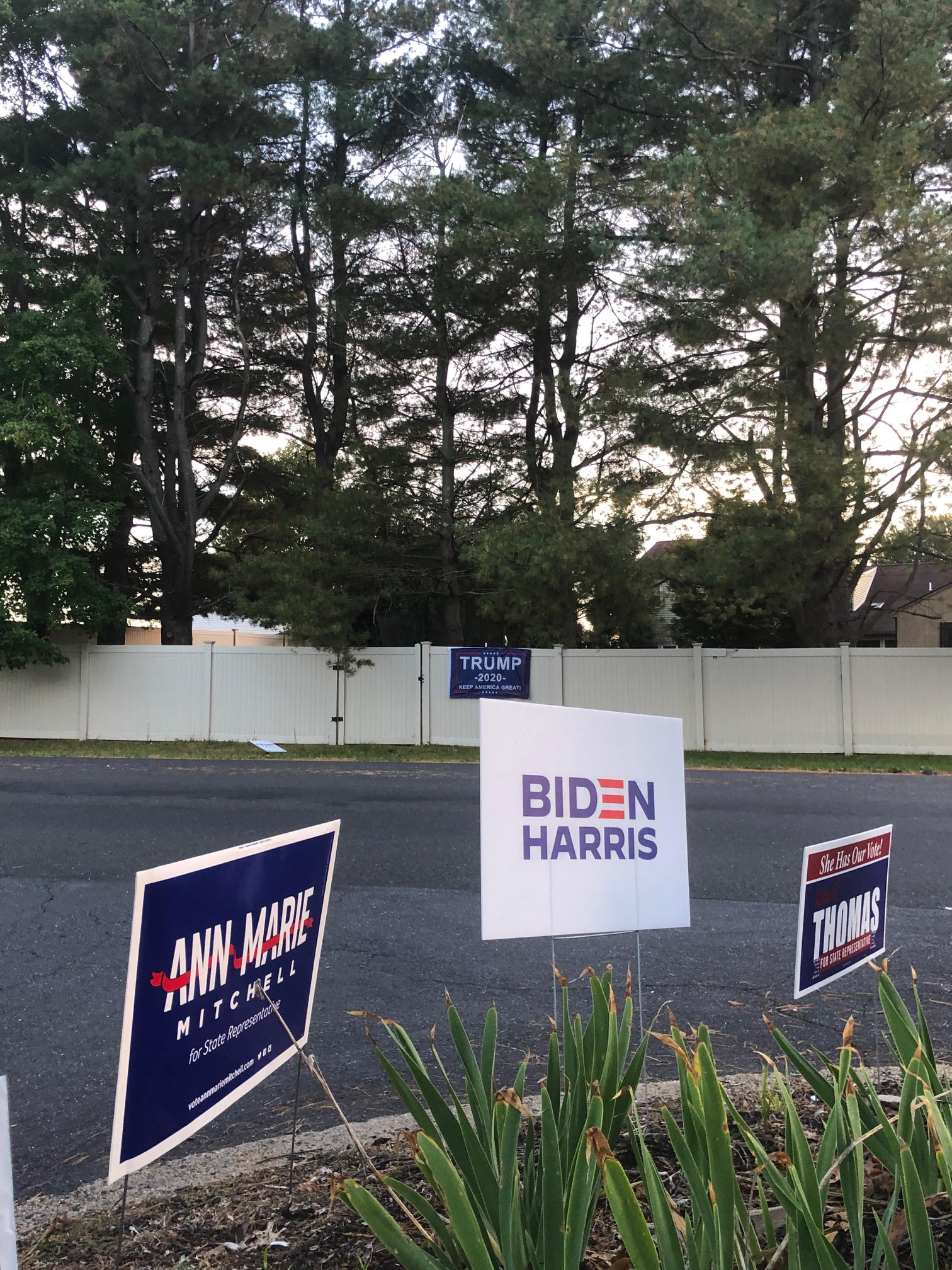 But for Conner, a sophomore at James Madison University in Virginia, the question is less about how to create that atmosphere and more about making sure the state is appropriately covered. Another Campus Vote Project fellow, he has been managing poll worker registration this fall. His efforts were slightly derailed by COVID-19: his university sent half of the student body home after a month on campus, turning his work state-wide. Some jurisdictions, he has discovered, are more easily accessible to a younger volunteer than others; some websites, for instance, are out of date. Conner, who is polite and chipper on the phone, doesn’t seem too upset by the change in plans. “The people who usually do a great job can’t be there. If we don’t step up, there’s nobody who will be able to,” he says. “It would just be horrible if people like me in my generation didn’t come to the challenge.”

Conner, like 28 million citizens around the country, is part of a record-breaking wave of early voters. This fall was his first time casting a ballot in a general election. “It was very cathartic, I will say,” he says. And on Election Day, he and his cohort of first-time poll workers will hope to offer that catharsis to millions of other Americans.

Write to Raisa Bruner at raisa.bruner@time.com.