As the shadows lengthened, Franklin Roosevelt‘s mind returned to the beginning. At his fourth Inaugural, held on Saturday, Jan. 20, 1945—the President had less than three months to live—FDR recalled the words of his old prep school headmaster, Endicott Peabody, who often remarked, “Things in life will not always run smoothly. Sometimes we will be rising toward the heights—then all will seem to reverse itself and start downward. The great fact to remember is that the trend of civilization itself is forever upward.” Or so FDR and generations of Americans have hoped.

One of those forward-looking Americans is now the President-elect of the United States. The task awaiting Joe Biden in Washington is immense; arguably, he faces the most crises to confront a single President since FDR took office in 1933. There is the pandemic, the attendant economic and cultural damage, enduring racial tension, a changing climate, a riven electorate and diminished faith in institutions to respond to any of it. Can Biden pull enough of us together to address at least a few of these issues at a time of sulfurous partisanship?

History is helpful here. Division is, in fact, more the rule than the exception in American life. North vs. South; industrial vs. agrarian; isolationist vs. internationalist; religious vs. secular—we’re a big, complicated, disputatious country. And close elections are common. Biden comes to office with a larger popular-vote percentage than Harry Truman, John F. Kennedy, Richard Nixon in 1968, Jimmy Carter, Bill Clinton, George W. Bush in 2000 and Donald Trump. The margin is in line with Ronald Reagan’s in 1980, George W. Bush’s in 2004 and Barack Obama’s in 2012.

The Biden win, then, is fully within the mainstream of presidential victories in the post–World War II era. The difference is that in addition to facing a particularly partisan nation, Biden has a predecessor determined to delegitimize the election itself. And so temperament, which is always vital, is perhaps even more important to the success of the approaching presidency.

My views on President-elect Biden are no secret. I am a friend of his; he and I have long been in conversation about history and what the American past can tell us about the American future. In March, I endorsed him for President in print, and I spoke at the Democratic National Convention this year. And as a historian and professor, I helped contribute to a few of his major speeches about “the soul of America,” which was the title of a book I published in 2018. My view is that studying and commenting on history and historical events doesn’t mean you’re removed from them.

From my time with Biden, I can tell you this: by experience and by disposition, the President-elect is hardly a polarizing figure. His decades in the Senate and his eight years as Vice President have given him the political virtues of empathy (of seeing why the other side feels the way it does) and of pragmatism (of trying to give the other side a face-saving way to compromise).

That empathetic pragmatism—or pragmatic empathy, take your pick—might be the greatest attribute he will bring to the Oval Office. It may not be enough to pass needed legislation or to calm the partisan storms, but Biden doesn’t need to be perfect to do good. And that too is a lesson of history.

Even great Presidents get a lot wrong—but they also get just enough right that we look back at them with respect. The work of Biden’s time, then, is this: not a nostalgic return to a sepia-toned newsreel of past glories but a recovery of respect for the presidency by the people, and of the people by the President. And a mutual recovery of respect for reason over passion. 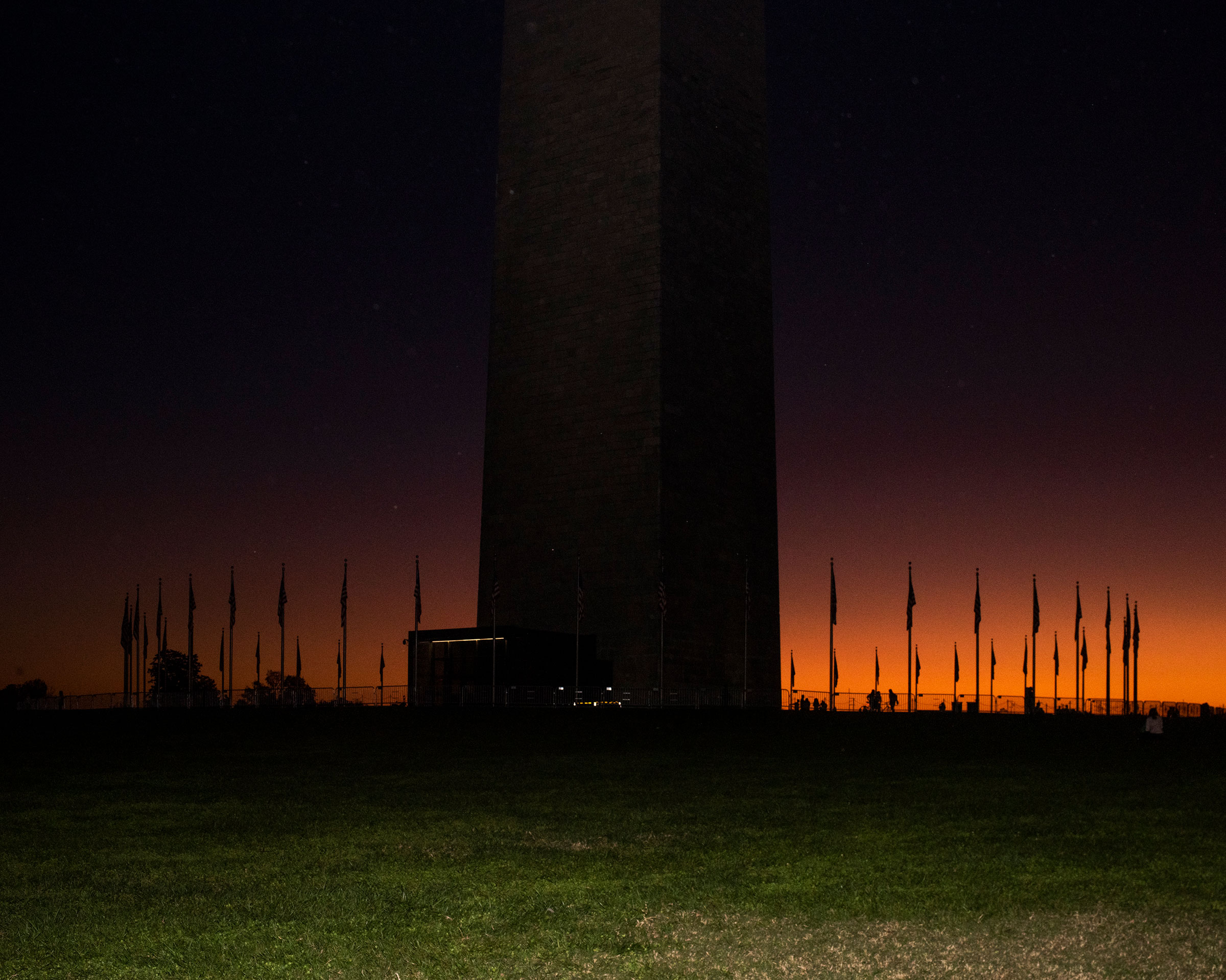 The sun sets over the Washington Monument on Nov. 7, the night Biden addressed the nation as President-elect

The FDR example is illuminating. Afflicted with the polio virus in 1921, Roosevelt courageously forced himself back into the arena. By the time he sought the presidency in 1932, much of what was familiar about America was in jeopardy. Testifying before Congress in 1930, the radio priest Father Charles Coughlin said, “I think by 1933, unless something is done, you will see a revolution in this country.” Writing of the unemployed in these years, the historian William Manchester observed, “Although millions were trapped in a great tragedy for which there could plainly be no individual responsibility, social workers repeatedly observed that the jobless were suffering from feelings of guilt. ‘I haven’t had a steady job in more than two years,’ a man facing eviction told a New York Daily News reporter in February 1932. ‘Sometimes I feel like a murderer. What’s wrong with me, that I can’t protect my children?’”

FDR brought his own hard-won sense of empathy and resilience to the White House, as well as a political sensibility best described as agile. He was “a juggler,” he once remarked, never letting his left hand know what his right hand was doing. He articulated a governing vision, meanwhile, with much to recommend it: “Say that civilization is a tree which, as it grows, continually produces rot and dead wood,” Roosevelt said. “The radical says: ‘Cut it down.’ The conservative says: ‘Don’t touch it.’ The liberal compromises: ‘Let’s prune, so that we lose neither the old trunk nor the new branches.’ This campaign is waged to teach the country to march upon its appointed course, the way of change, in an orderly march, avoiding alike the revolution of radicalism and the revolution of conservatism.”

This is likely to be the way of Biden too, as the 46th President maneuvers between an entrenched right and an impatient left. Biden’s personal tragedies are well known: the loss of his wife and daughter in 1972; his brain aneurysms; the death of his son Beau in 2015. A man tempered by loss is well equipped to lead—and perhaps to help heal—a nation experiencing widespread pain. If he can manage that, Biden could offer fresh evidence in support of Emerson’s adage that “there is properly no history; only biography.”

Threats abound, of course. Diminishing economic opportunity, continuing racial injustices and the ebb and flow of nativism and isolationism will challenge the next President day in and day out. But Biden’s life experience gives him a particular appreciation for the role of generosity and calm amid the storms. From his Roman Catholic ethos, he sees life as a covenant, and he will try to at once preach and embody the idea—which the Episcopalian FDR also did—that the country and the world is a neighborhood, not a war-torn wilderness.

Much of the fate of the next four years will be as much on us as on him. The constitutional order depends on the character of the leaders and of the led. It depends too on enough of us believing in the experiment in liberty enough that we’re willing to sacrifice some of our interests in order to maintain an arena in which all of our interests can contend for temporary dominion.

Our best Presidents—and best eras—weren’t any more perfect than we are. Amid competing demands, they gave common sense and reason a chance. They knew history would judge them harshly if they betrayed the institutions they’d inherited. They cared what we thought—they cared what we’d say of them. I think Joe Biden cares about that too. That’s good news for the rest of us.

Meacham is a Pulitzer Prize–winning writer and historian