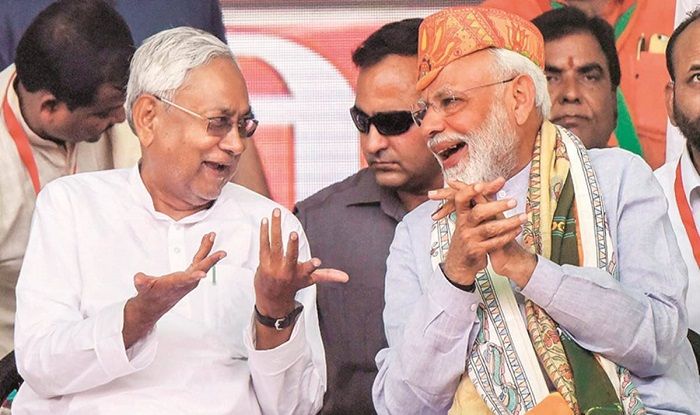 The meeting, where Nitish is expected to be elected as the leader comes days after the ruling NDA secured a majority in the Bihar Assembly election 2020.  While the BJP won 74 seats, the JD-U bagged 43. Eight seats were won by two other constituents of NDA. Also Read – Deforestation in Brazil’s Amazon Rises For First Time in Four Months, 50% Higher Than Previous Year

Speaking to reporters on Friday, the Bihar CM after a meeting of NDA leaders at his residence had said,”Things will be discussed in detail (at the legislature party meeting) and all decisions will be taken at that time.” Also Read – World’s First Tramcar For Young Readers in Kolkata

Meanwhile, senior Rashtriya Janata Dal (RJD) leader Manoj Jha, ahead of the meeting said that the fate of the leadership in Bihar will be decided by Bharatiya Janata Party (BJP) and JDU chief Nitish Kumar has no other option but to comply.

“They don’t have any alternative but to comply. With around 40 seats, he (Nitish Kumar) is dreaming of becoming the Chief Minister of

Upping the ante against the JDU leader, Jha further asked,”How can someone become Chief Minister after getting 40 seats? People’s mandate is against him, he is decimated and should decide on it. Bihar will find its alternative, which will be spontaneous. It might take a week, ten days, or a month but it will happen.”

Earlier, both BJP and JDU had declared that Nitish will continue as Chief Minister if the alliance wins the polls.

On Nitish Kumar’s remark that LJP’s future in the NDA alliance will be decided by BJP, he said that “This is no rocket science. Of course, BJP will take this call.”