As of Thursday afternoon, votes in five key battleground states were still being counted, leaving both President Donald Trump and Democratic candidate Joe Biden short of the 270 electoral college votes needed to win the White House.

But a series of projected wins in other national and state legislative races across the country have proved history-making—particularly by LGBTQ+ candidates, in what has been dubbed a “rainbow wave.”

2020 races also set up the election of the first Korean-American woman elected to Congress, the first state to elect only women of color as members of Congress and the youngest ever Republican elected to the House.

Here are some of the candidates who made history in Tuesday’s elections. This list will continue to be updated as races are called and certified. 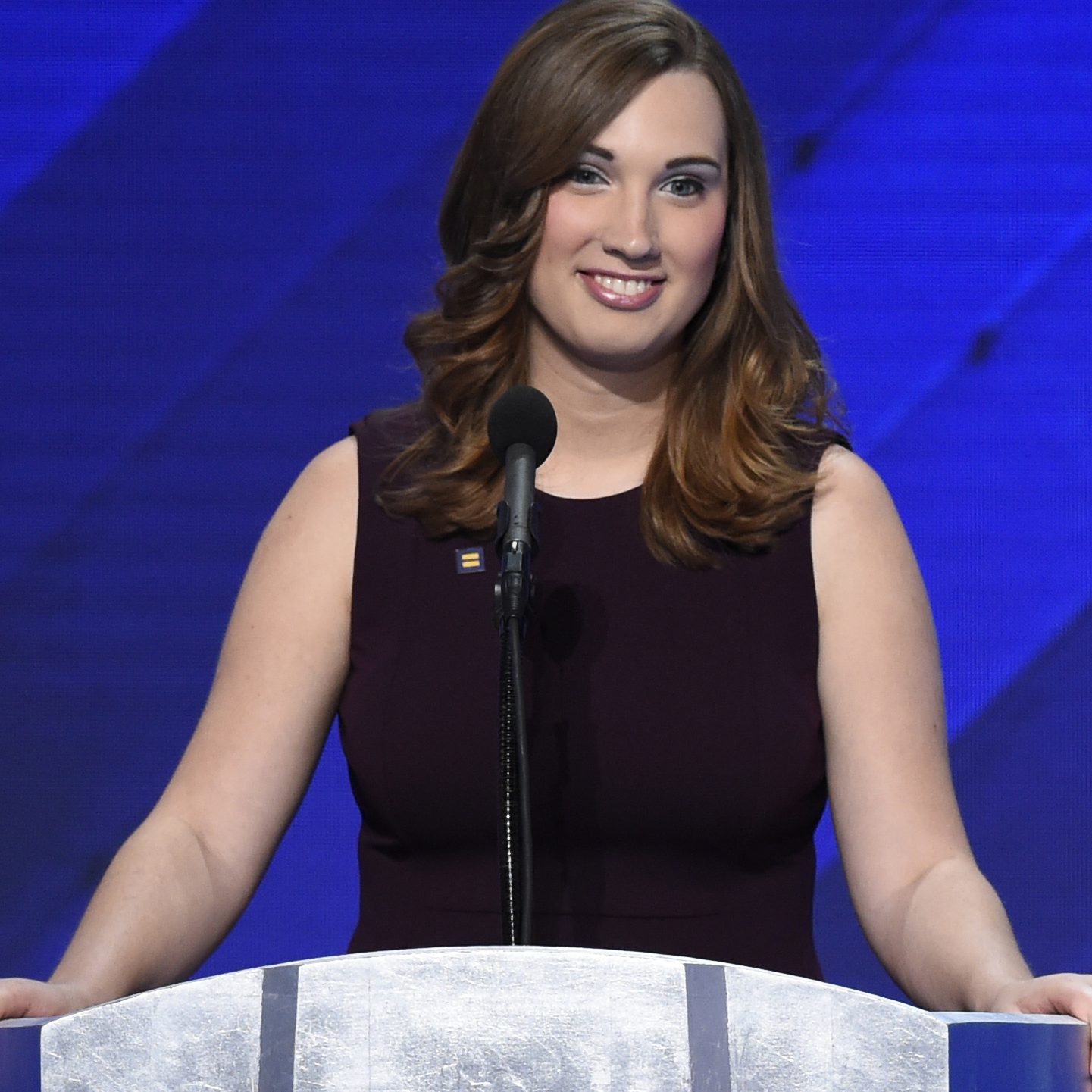 Sarah McBride addresses delegates on the fourth day of the Democratic National Convention on July 28, 2016 in Philadelphia, Pennsylvania.

McBride, 30, was previously the press secretary of LGBTQ advocacy group the Human Rights Campaign and interned in 2012 in President Obama’s White House. She’s widely credited with championing legislation passed in Delaware in 2013 which ensured legal protections for transgender people against discrimination in the state, and was the first transgender American person to address a major party convention when she spoke at the Democratic National Convention in 2016.

On Tuesday evening, McBride tweeted that she hoped her win “shows an LGBTQ kid that our democracy is big enough for them, too.”

Representing a district in the Bronx, N.Y., where he grew up, Ritchie Torres’ win means he will be the first openly LGBTQ Afro-Latinx member of Congress. 32-year-old Torres grew up in public housing, and has since campaigned and advocated for progressive goals including housing funding, Medicare for All and a Green New Deal. He has also been open about his struggles with mental health issues and substance abuse. “I feel like as a public servant, a public figure, I have an obligation to break the silence and the stigma and the shame that too often surrounds mental illness,” he told BuzzFeed News last month. 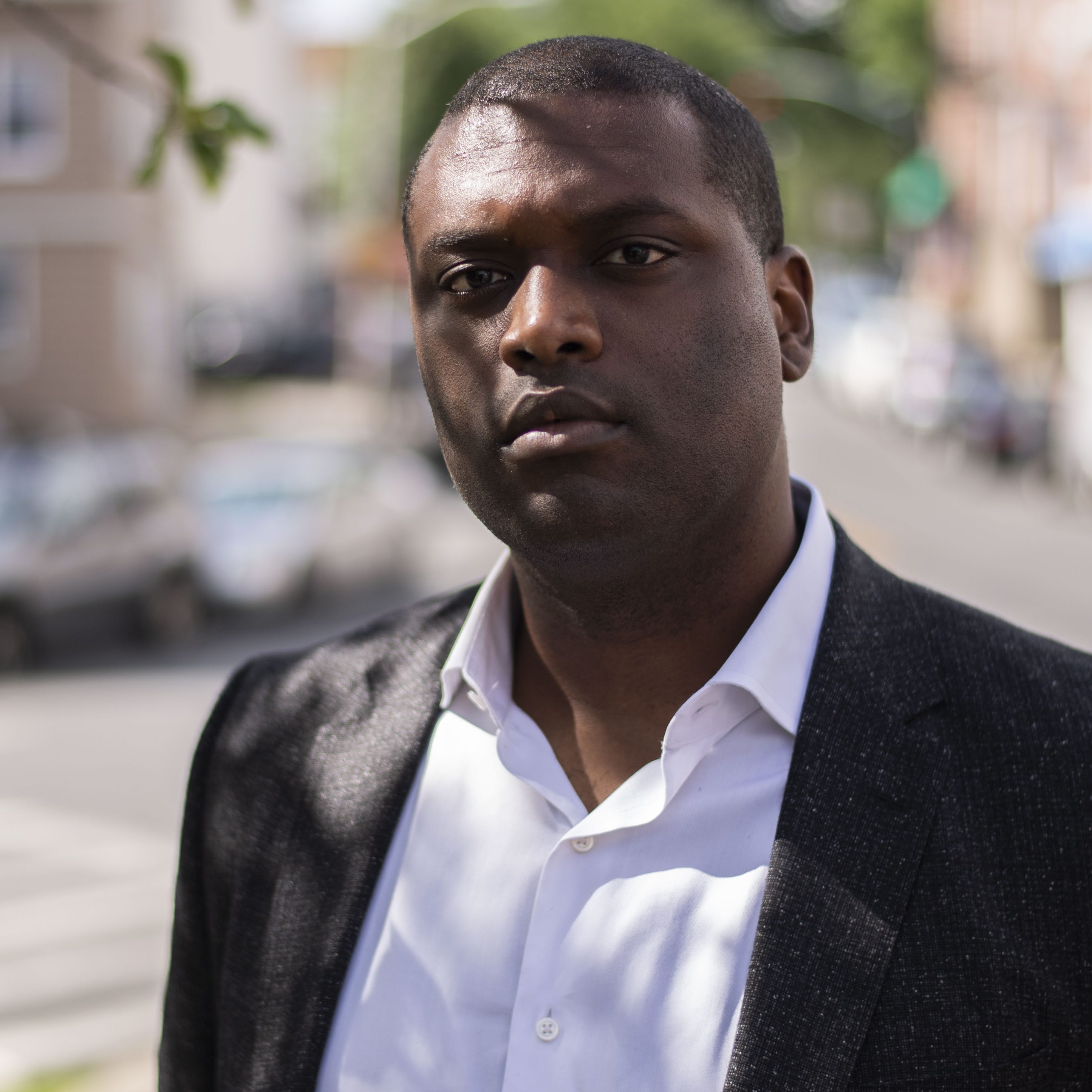 Congressman-elect Mondaire Jones poses for a portrait on June 30, 2020 in Sleepy Hollow, NY.

It was Torres’ 2013 City Council win that helped inspire attorney Mondaire Jones to run for office as an openly gay, Black man in a suburban district north of New York City this year, according to the New York Times. When Jones takes his seat in January, he will join Torres in becoming the first out, gay, Black men in Congress.

“Growing up, I never imagined someone like me could run for Congress, let alone get elected,” Jones wrote on Twitter Wednesday.

Marilyn Strickland won her election in Washington’s 10th Congressional District, and will be the first Korean American woman ever elected to Congress, as well as the first African American person to represent Washington at the federal level.

The 2020 elections are not the first time Strickland has made history; in 2010, she became the first African American to serve as mayor of Tacoma, Wash. During her eight-year tenure as mayor, she led economic, infrastructure and housing initiatives, and most recently served as the president of the Seattle Metropolitan Chamber of Commerce. She won her election against another Democrat, state Rep. Beth Doglio.

Political newcomer Madison Cawthorn will become the youngest Congressman since 1965 and the youngest Republican ever elected to the House after winning a race in North Carolina’s 11th Congressional District. Cawthorn turned 25, the minimum age to serve in the House, in August.

Cawthorn’s campaign was mired in controversy—in October, his campaign created a website with racist language directed at a journalist who had written favorably about his Democratic opponent Moe Davis. The journalist “quit his academia job in Boston to work for non-white males, like Cory Booker who aims to ruin white males,” the site read. 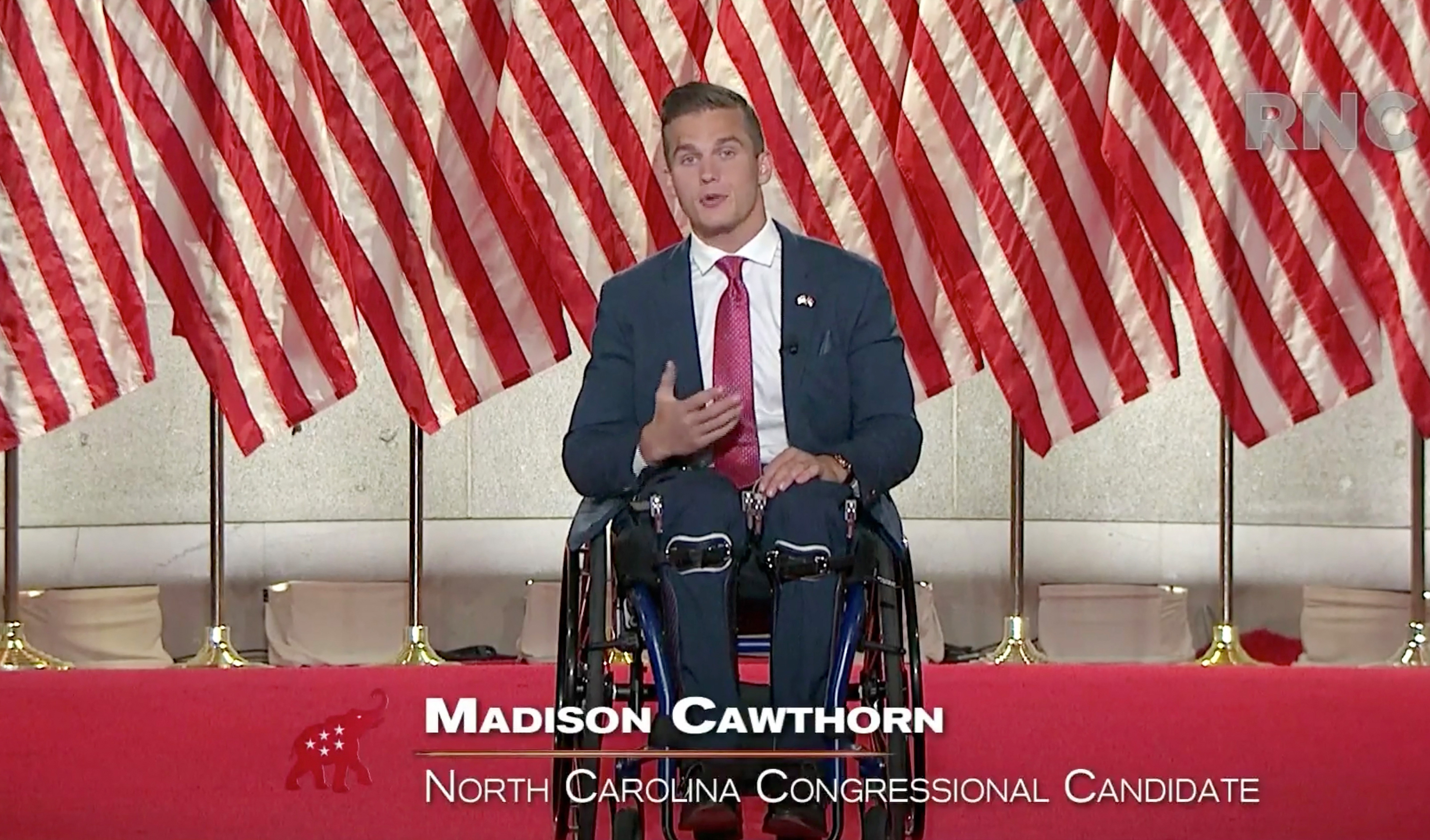 In this screenshot from a livestream of the 2020 Republican National Convention, North Carolina congressional nominee Madison Cawthorn gives a speech on Aug. 26, 2020.

Cawthorn was also accused of sexual misconduct by multiple women.

Having been partly paralyzed in a car crash when he was 18, Cawthorn is a wheelchair user. “I’m a proven fighter—overcoming life’s toughest challenges,” he wrote on his campaign website. Now I’m ready to take on the liberals in Congress.”

High profile lawyer and human rights activist Ana Irma Rivera Lassén won her election to the Puerto Rico Senate, making her the first Black, openly lesbian Puerto Rican to become an elected lawmaker. Rivera Lassén has a long and distinguished career in human rights law, with a focus on discrimination, gender-based violence, and in the 1980s, she sued a judge and won when she was refused entry into court in pants, as opposed to a dress or skirt. Rivera Lassén was also the first lesbian and Afro-Puerto Rican to become president of the Bar Association of Puerto Rico in 2012, and is the spokesperson of a new political party in Puerto Rico, called the Citizens’ Victory Movement.

Amid continued violence and discrimination against the LGBTQ population in Puerto Rico, Rivera Lassén was one of four openly gay candidates to win their races in Tuesday’s elections. 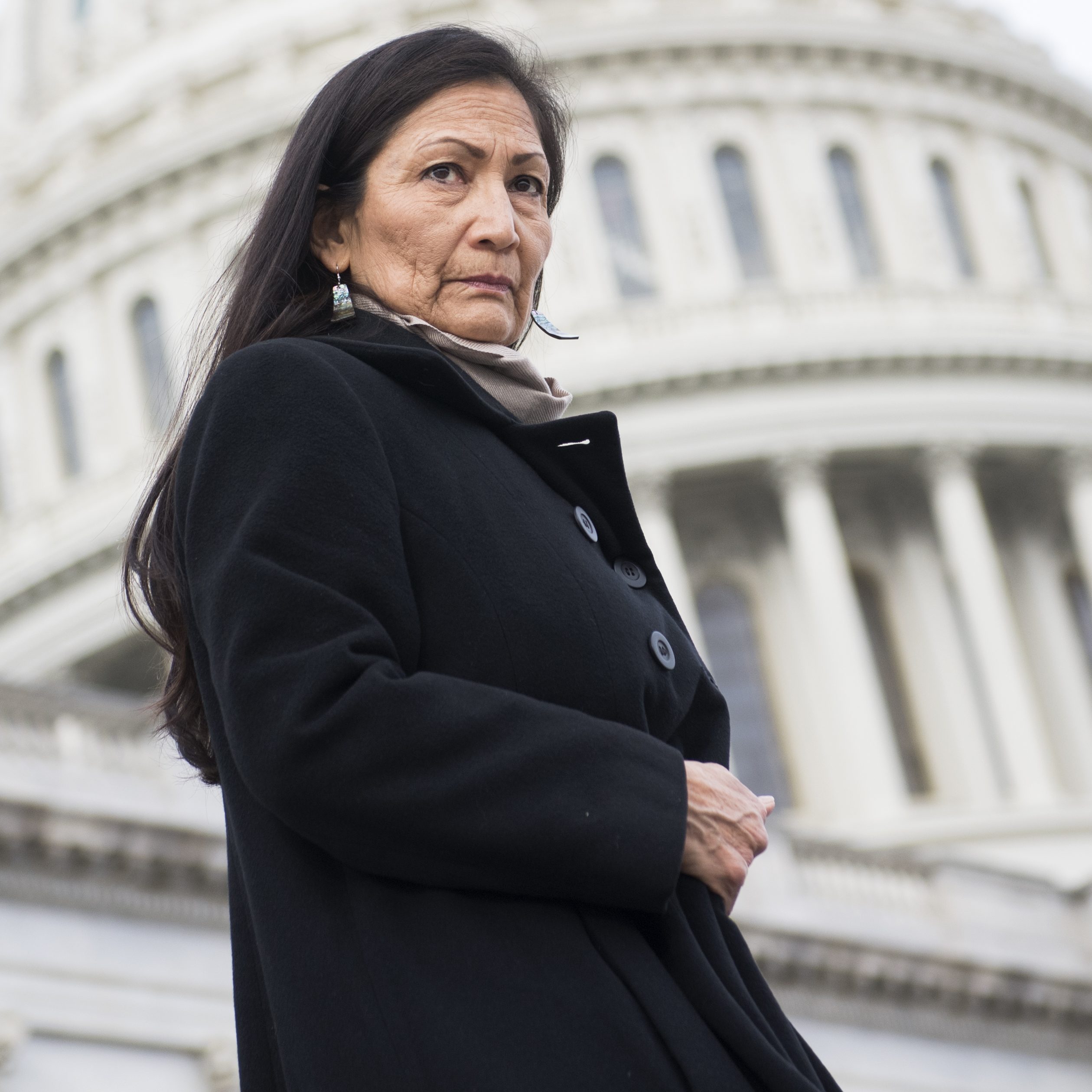 Haaland is a citizen of the Pueblo of Laguna tribe, and made history in 2018 by becoming one of the first Native American women to be elected to the House of Representatives. Herrell, also a Native American belonging to the Cherokee Nation, beat Democratic incumbent Xochitl Torres Small. Leger Fernandez, a Latina from northern New Mexico, also became the first woman to represent her district.

“Tonight the people of New Mexico have chosen hope over fear, love over hate, community over division,” Haaland shared on Twitter. “I am so honored that New Mexican’s have chosen me to serve in our nation’s 117th Congress.”

Mauree Turner made history twice in Tuesday’s elections, becoming both Oklahoma’s first Muslim lawmaker and the first ever openly non-binary state legislator in U.S. history. 27-year-old Turner is an activist, community organizer and native Oklahoman, with a background in campaigning for criminal justice reform.

“It has never been a more important time for the next generation to see themselves in our government,” said Turner in a February press release announcing their run for office.

In Kansas, Stephanie Byers also broke boundaries twice over: she became the first openly trans person of color ever elected to a state legislature in the U.S. and the first openly trans person elected to the Kansas state legislature. Byers will be representing the state’s 86th District, having campaigned on a platform focusing on education, Medicaid expansion and ending discrimination.

Byers is a member of the Chickasaw nation and taught in Wichita public schools for 29 years. She also served as the Communications Director for Wichita Pride.

“We’ve made history here,” Byers told the Wichita Eagle Tuesday. “We’ve done something in Kansas most people thought would never happen, and we did it with really no push-back, by just focusing on the issues.”

Taylor Small became the first openly trans person elected to the Vermont state legislature. Small, 26, is the director of a health and wellness program at a Vermont organization that serves the state’s LGBTQ community, and is also part of a drag queen duo that has led Drag Queen Story Hours in libraries across the state. Small’s campaign focused on health care, and she has said she wants to address related inequities that affect marginalized groups like the LGBTQ community and people with disabilities in Vermont. “It should never be a choice as to whether someone accesses health care,” she told the Burlington Free Press after her win. 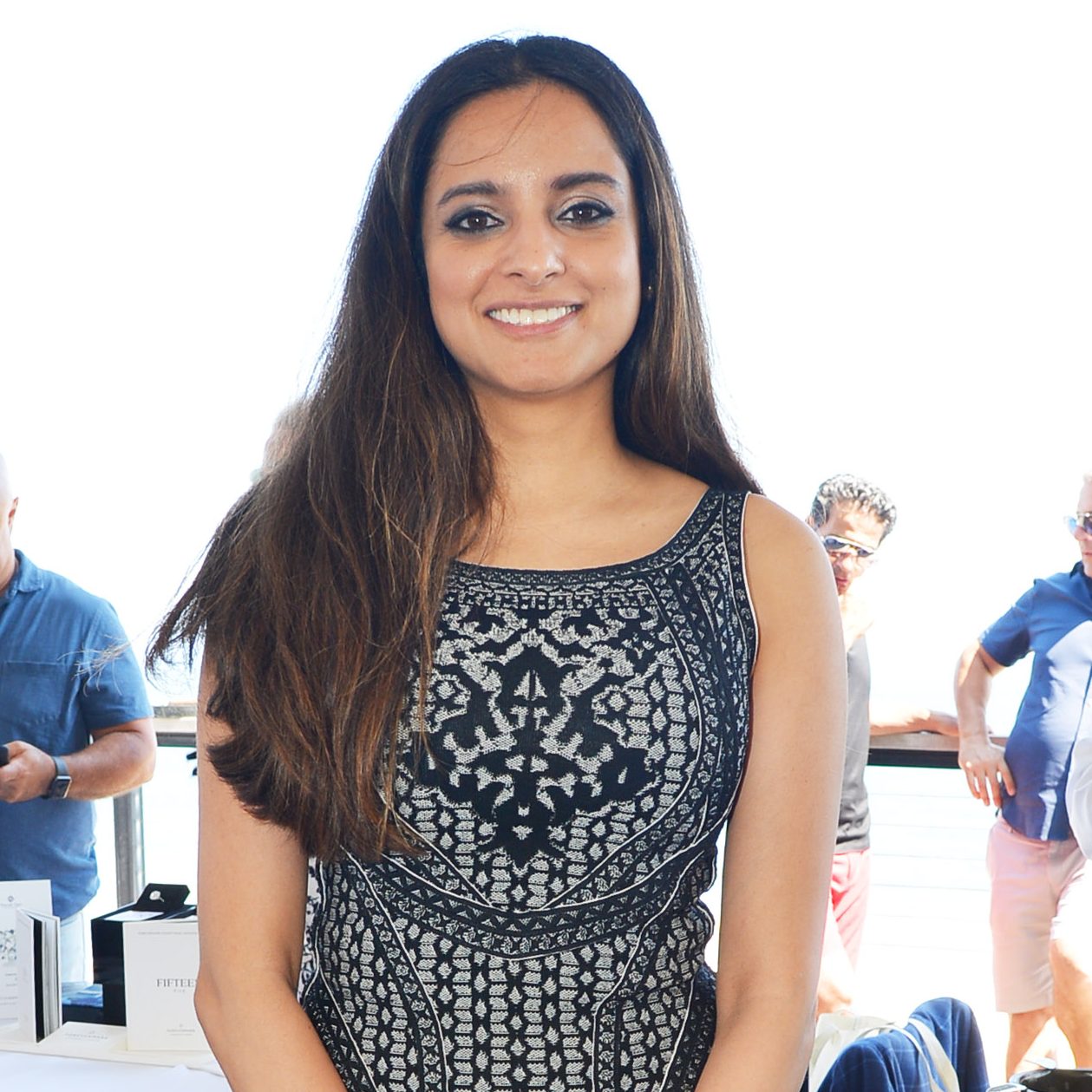 Indian-American lawyer and immigration rights advocate Rajkumar, 38, will become one of the first two South Asians voted in to the lower house of the New York state Legislature, after her win in District 38 in New York City. She previously served as Gov. Andrew Cuomo’s director of immigration affairs and as special counsel for the New York State Department, and is also a professor at CUNY’s Lehman College.

According to her campaign website, Rajkumar’s parents immigrated from India “with just $300 and a suitcase”, settling in Queens, home to the diverse neighborhood she will represent.

Mamdani will join Rajkumar as the first South Asian members to be voted into the New York state assembly. A housing advocate and progressive candidate backed by the Democratic Socialists of America, he will represent the multiethnic neighborhood of Astoria in Queens. The son of famed Indian-American filmmaker Mira Nair, 29-year-old Mamdani faced no Republican opponent in the general election.

— With reporting by Jasmine Aguilera